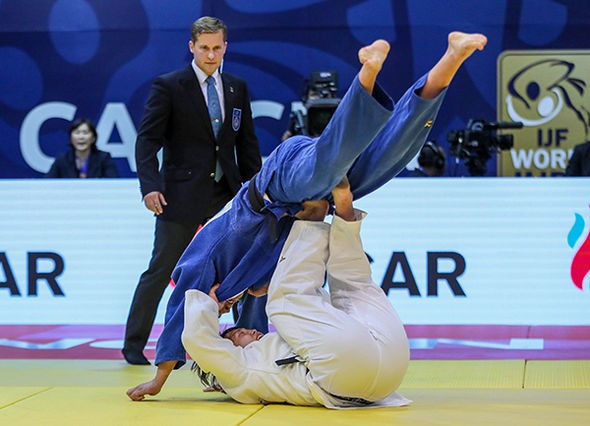 The final weight categories were contested at the International Judo Federation (IJF) Grand Prix in the Polifórum Benito Juárez, Cancún.

Rika Takayama was Japan's only representative in the Mexican city and won gold in the women's under-78 kilograms event.

The defending Cancún Grand Prix winner had to settle for silver as she was penalised with a third shido for a false attack after four minutes and 28 seconds of golden score.

The Cuban could now break into the world's top ten as she picks up her second Grand Prix bronze medal.

The second bronze medal was won by Brazil's Samanta Soares.

After winning silver at the World Judo Championships in Baku in September, Ortiz forced another win over Altheman who picked up three shidos to hand the title to the Cuban.

The bronze medals were won by Brazil's Beatriz Souza and Russia's Kseniia Chibisova.

The Cuban came from behind in the final against Germany's Marc Odenthal who scored waza-ari first.

Silva Morales then countered the unbalanced German for ippon and the gold.

Brazil and Lebanon claimed the bronze medals through Rafael Macedo and Nacif Elias.

In doing so, Elias became the first male medallist for Lebanon on the IJF World Tour.

A dominant display from Russia's Niiaz Bilalov took him to gold in the under-100kg event as he won all of his contests by ippon.

In the men's over-100kg competition, Olympic champion Lukas Krpalek bounced back from a disappointing fifth place at the World Championships to claim his third Grand Prix gold medal.

The Czech judoka had to come from behind to take the victory against Cuba's Andy Granda.

Granda scored a waza-ari first, which Krpalek then equalled to send the match to golden score.

After just 23 seconds, Krpalek managed to score a second waza-ari to take the gold.