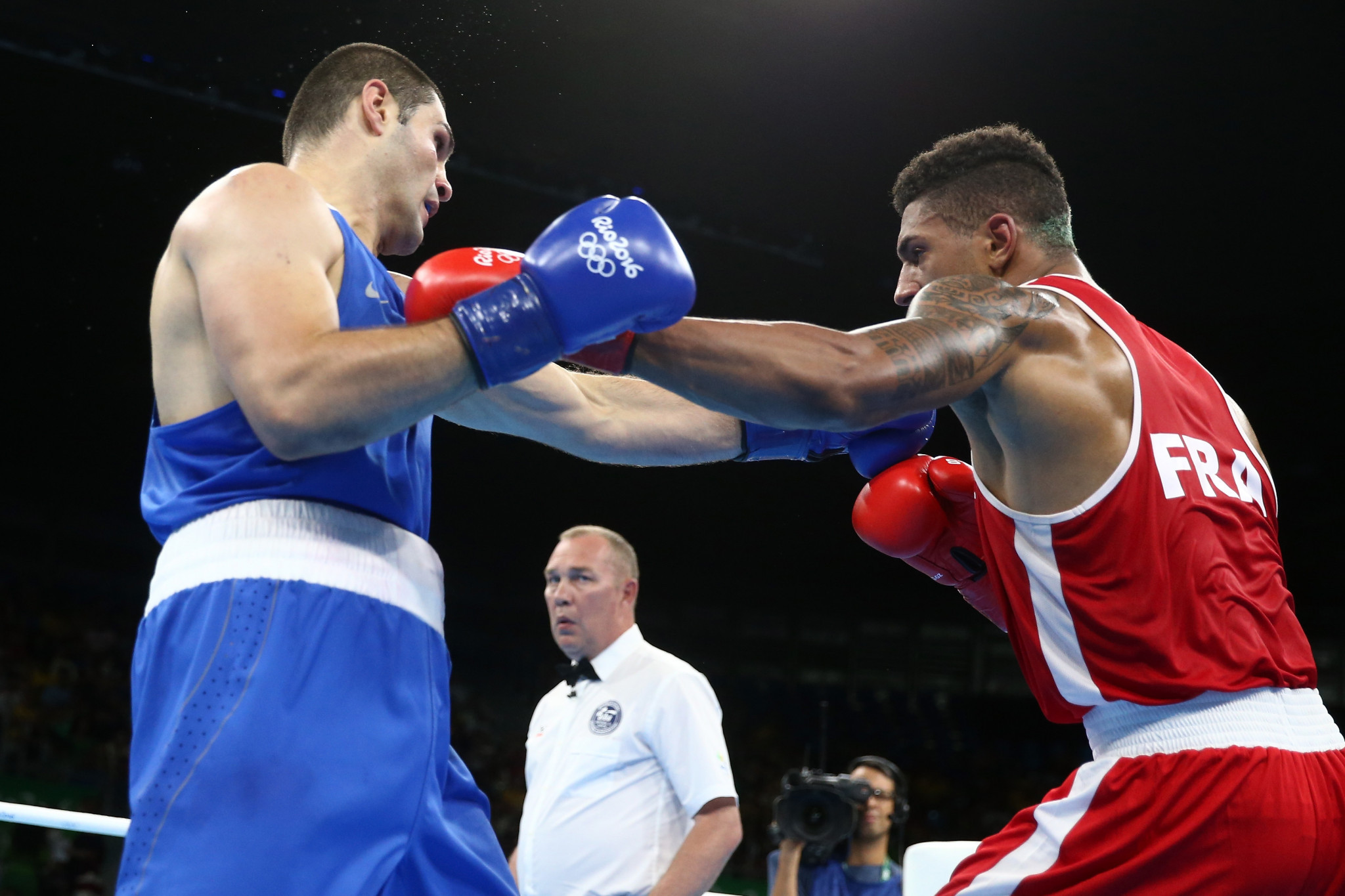 A 25-strong bloc of European members have called for the International Boxing Association (AIBA) to reach an agreement with the International Olympic Committee (IOC) and to drop the suspension of executive vice-president Franco Falcinelli.

The countries urged AIBA to "immediately address" concerns outlined by the IOC regarding their ongoing governance issues at a meeting held in Rome as boxing battles to save its place on the Olympic programme at Tokyo 2020.

The IOC have repeatedly warned AIBA that the election of Gafur Rakhimov as President puts boxing's Olympic spot at the Games - and their recognition as the governing body for the sport - in the Japanese capital in serious jeopardy owing to the Uzbek's links to alleged organised crime.

Other problems highlighted by the IOC include the way the election list was established and "misinformation" spread by members of the governing body who have claimed boxing's Olympic place is not under threat.

insidethegames understands the attending countries at the meeting expressed deep concern amid AIBA's ongoing dispute with the IOC.

"The Federations went onto discuss the very real threat of boxing being removed from the Olympics and requested through its representatives that AIBA address this situation immediately and work with the IOC to reach an agreement that keeps boxing within the Olympic Family or face the very real consequences for AIBA and the sport as whole," a statement following the meeting in Rome read.

Falcinelli was suspended from all of his roles in the sport following a letter he sent calling on members of the AIBA Executive Committee to back Serik Konakbayev's candidacy for President over Rakhimov.

Konakbayev failed to make the list of Presidential candidates after he submitted his nomination forms on September 24, the day after the deadline.

The President of the Asian Boxing Confederation claims, however, that his nominations should be valid under Swiss law as September 23 was a Sunday and, therefore, not a working day.

He has since launched an appeal at the Court of Arbitration for Sport (CAS), which AIBA have agreed should be fast-tracked with the election scheduled for November 3 in Moscow, in an attempt to be confirmed as a candidate.

Rakhimov, described as "one of Uzbekistan's leading criminals" by the United States Treasury Department, is currently the only official in the running.

He denies wrongdoing and claims to be working towards clearing his name.

The meeting held in the Italian capital was initially called by Falcinelli, who was unable to attend due to his suspension.

Falcinelli's suggestion of a meeting of European members to discuss strategy prior to the election was one of the charges levelled against him by AIBA Executive Committee member Terry Smith, who led the campaign to get the Italian banned from the sport for what he claimed were breaches of the troubled governing body's ethics and disciplinary rules.

IOC President Thomas Bach said here last week that he could not understand the reasons behind Falcinelli's suspension.

"The group unanimously expressed their support for Franco Falcinelli and called on AIBA to drop the suspension," the statement from the 25 members added.

"This is all the more so, in light of the IOC’s recent statement saying details in the original case against him were inaccurate."

The IOC has frozen all relations with AIBA, except at operational level, and denied Rakhimov accreditation for the Summer Youth Olympic Games here.

The decision to ban Rakhimov from attending has been criticised by honorary AIBA vice-president and former African Boxing head Bessalem Abdellah, who claimed this was a "violation of individual freedoms and human rights, as well as a violation of the Olympic Charter".

PricewaterhouseCoopers have also been appointed to oversee the refereeing and judging at Buenos Aires 2018 following the scandal involving the officials who oversaw the boxing event at the 2016 Summer Olympics in Rio de Janeiro.

The company are then expected to provide a report to the IOC following the conclusion of the Games.

"We have a third-party auditor which is observing keenly and in-depth especially the judging here," Christophe Dubi, IOC executive director for the Olympic Games, said today.

"Obviously for us it is extremely important and we wait for the report to get the full detail from a sport and judging standpoint after this experience.

"There is more to come in the analysis after the Games and we have a very keen eye on that."

In a statement, AIBA executive director Tom Virgets said they had full confidence in the disciplinary panel dealing with Falcinelli's case.

"While the case with Mr. Franco is ongoing, I am not able to comment on the particulars," Virgets told insidethegames.

"However, based on evidence presented to the AIBA Executive Committee, Mr. Franco was determined to be in violation of the AIBA Disciplinary Code.

"However, as per our good governance practices, the Independent Disciplinary Committee of our federation will make the final decision in this pending case.

"We have full faith that they will do their due diligence as they have done in the past."