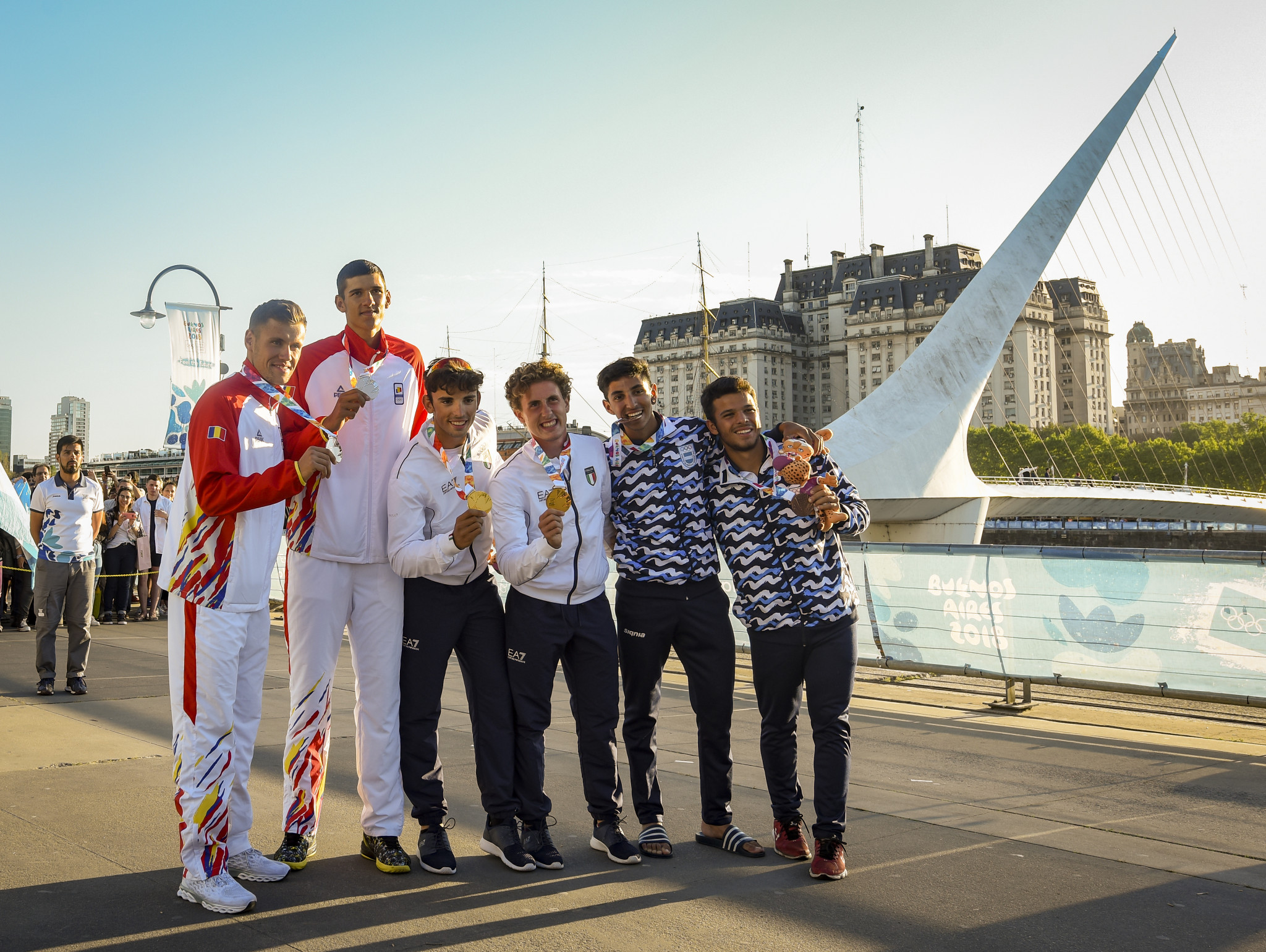 Titles were claimed in rowing and sport climbing on the third day of the 2018 Youth Olympic Games as hosts Argentina broke their medal duck here.

Rowing medals were earned in the city centre location in Argentina's capital, with the men’s and women’s junior pairs events taking place.

Italy are the winners of the men’s competition as their crew crossed the line in a time of 1min 30.40sec, while Romania were second in 1:30.65.

The event saw hosts Argentina secure their first medal, their crew ending in a time of 1:30.97 for the bronze medal.

The first sport climbing medals at a Youth Olympic Games were also earned as the sport prepares for its full Olympic debut at Tokyo 2020.

Austria’s Sandra Lettner claimed the gold medal in the women’s combined event following third place finishes in both the speed and bouldering disciplines.

She finished second in the lead event, giving her a winning total of 18 points.

Slovenia’s Vita Lukan ended as the runner-up on the same score, having won the bouldering discipline, only to finish third and sixth in the lead and speed events respectively.

Laura Lammer of Austria rounded off the podium on 20 points.

She won the speed race before ending fourth and fifth in the bouldering and lead disciplines.

Argentina celebrated a second medal of the day as Delfina Pignatiello won silver in the women’s 800 metres freestyle swimming event.

She finished as the silver medallist behind Hungary’s Ana Kesely, who touched home in 8:27.60.

Tatiana Salcutan of Moldova won the women's 200m backstroke in a time of 2:10.13, edging out Canadian rival Madison Broad.

Kristof Milan of Hungary does enough for silver, while bronze goes to Federico Burdisso of Italy.