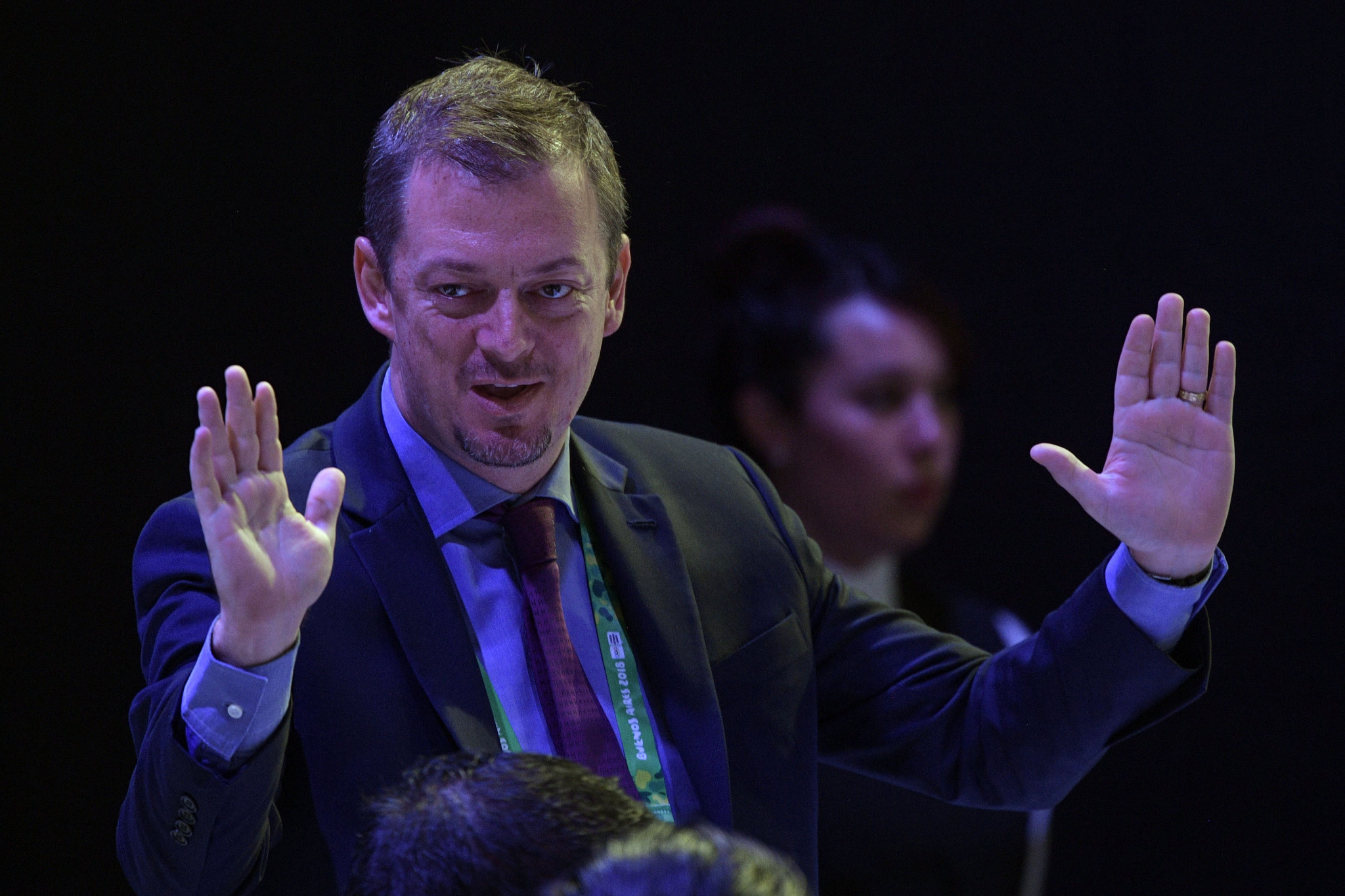 Parsons and Watanabe, whose membership is tied to their roles with their International Federations, received 71 and 76 votes respectively.

All five proposed for individual membership were elected, including Italian National Olympic Committee head Giovanni Malagò, who will officially become part of sport's most exclusive club from January 1.

This is because there are already two individual members from Italy - Franco Carraro and Mario Pescante, whose term concludes at the end of the year.

The Italian is joined by Lithuanian Olympic Committee President Daina Gudzineviciute, Camilo Perez López Moreira, President of the Paraguayan Olympic Committee, Samira Asghari, a peace and human rights advocate in Afghanistan who is a member of the IOC Athletes' Entourage Commission, and first vice-president of the Rwanda National Olympic and Sports Committee Felicite Rwemarika.

William Blick and Prince Jigyel Ugyen Wangchuck, Presidents of the NOCs in Uganda and Bhutan respectively, were also elected with comfortable majorities.

Their membership is linked to their functions as the head of their respective NOCs.

Today's vote sees the number of IOC members go above the 100 mark.

"So far, my responsibility has just been for the FIG but now I must help oversee the whole sports movement," Watanabe said after his election.

"It is a heavy responsibility but I must do it."

Asghari claimed her election as an IOC member was a "big moment" for Afghanistan.

"I feel this is a chance for me to make my desire and dreams come true," the 24-year-old, the IOC's only member from Afghanistan, said.

"I did not think I could become a part of the IOC but I have the experience both nationally and internationally.

"These are very happy moments to me.

"This is not only a big moment for Afghanistan that they have an IOC member but of course it is a great chance and opportunity."

In other key decisions, Ivo Ferriani, the President of the International Bobsleigh and Skeleton Federation, officially secured a place on the IOC's ruling Executive Board.

The Italian was the only candidate for the role of winter sport representative on the body and replaces outgoing member Gian-Franco Kasper, who was awarded honorary membership by the IOC today.

A change in status for the membership of Seoul 1988 Olympic pole vault champion Sergey Bubka's status was also approved.

Bubka's role as an IOC member is linked to his function as President of the Ukraine National Olympic Committee (NOC) but he has now become an individual member.

It means he will remain a part of the club even if he ceases to be the head of his NOC.

St Lucia's Richard Peterkin and New Zealand's Barry Maister's period as IOC members concludes at the end of this year and both will be awarded the Olympic Order at the Session in Switzerland next year.