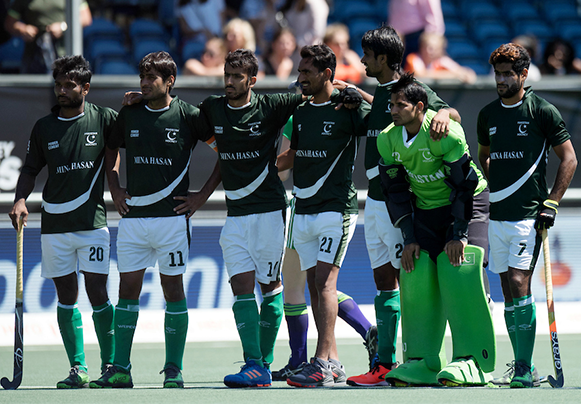 Following the breakdown of talks with Scottish Hockey, Pakistan currently have nowhere to play their home games in the 2019 FIH Pro League.

The competition for men's and women's teams is a new, elite tournament for the world's best nations featuring home and away matches.

It will replace the Champions Trophy on the FIH calendar.

Pakistan do not currently play their home matches in their own country due to security fears and in 2016 Scottish Hockey and the PHF signed a memorandum of understanding, meaning Pakistan could play their games at the National Hockey Centre in Glasgow.

However, after "lengthy negotiations" Scottish Hockey announced that they could not reach an agreement for the Pro League.

"Bringing the FIH Pro League to Glasgow would have been significant for hockey across Scotland, allowing us to not only put on a world-class event, but develop hockey in Scotland, particularly in the Scottish-Pakistani community," Scottish Hockey's chief executive David Sweetman said.

"We wish the International Hockey Federation every success with the FIH Pro League.

"I have no doubt the tournament will be a game-changer for hockey on a global scale."

The new competition is set to launch in January, with Pakistan's participation hinging on whether they can find a new neutral venue.

In response to the news, the FIH have said they are "disappointed" but are now in "ongoing discussions" to find a solution.

The first match of the tournament will see Spain play Belgium in the men's event on January 19.

Once the league stage has finished in June, a grand final will take place featuring the top four teams battling it out for the overall title.