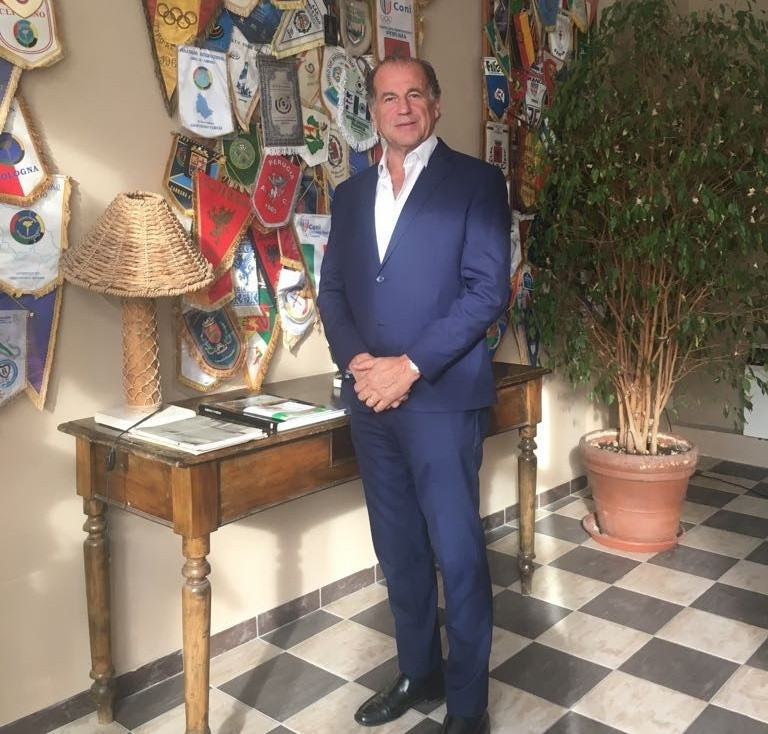 International Shooting Sport Federation (ISSF) vice-president Luciano Rossi has been confirmed as a candidate for President of the world governing and will stand against surprise challenger Boutros Jalkh and Russian steel tycoon Vladimir Lisin in a three-horse race.

A list of candidates for the elections on November 30 at the General Assembly in Munich, seen by insidethegames, shows Jalkh, Lisin and Rossi as the three contenders to succeed longstanding President Olegario Vázquez Raña.

The Mexican, ISSF President for 38 years, has already been announced Lisin, one of the richest men in Russia, as his preferred successor.

Lisin, President of the European Shooting Confederation, declared his candidacy in May of this year.

Controversial Italian Rossi was widely expected to stand after winning an appeal against the ISSF Ethics Committee's decision to ban him for three years.

His suspension was reduced to just 20 weeks by the Court of Arbitration for Sport (CAS), allowing him to run for President.

The CAS partially upheld the ISSF vice-president's appeal as they confirmed he had committed "serious violations" of the governing body's Ethics Code.

But the CAS panel deemed the sanction handed down by the ISSF  - exclusively revealed by insidethegames in April - "inappropriate" as they ruled his breaches were "mainly connected to business issues".

The rundown of candidates for the election shows a total of 23 nominations for Rossi.

Jalkh, President of the Lebanon Shooting and Hunting Federation, is the rank outsider of the three contenders.

His candidacy is considered a surprise but insidethegames understands he is standing to ensure there are more than two officials in the running.

He is not expected to pose a serious threat to the other two, with Lisin - an ally of Vázquez Raña, who retains considerable influence with the ISSF Executive Committee - the clear favourite.

Vázquez Raña's decision to announce his support for Lisin followed a breakdown in relations with Rossi following a dispute regarding changes to the Olympic shooting programme at Tokyo 2020.

The Mexican claimed Rossi had orchestrated a plan to hold an ISSF Extraordinary General Assembly, held in Munich in June of last year to discuss the alterations to the sport at Tokyo 2020, so he could lobby the membership as part of his Presidential bid.

His suspension by the ISSF Ethics Committee came following accusations of failing to disclose business relations with companies dealing in shotguns.

This came during campaigning to keep the double trap men's event on the Olympic programme, dropped from Tokyo 2020 in favour of a mixed competition.

A company which Rossi allegedly has a 90 per cent stake in owns nearly 20 per cent of Eurotarget, manufacturers of clay targets used in double trap shooting.

This discipline was dropped from the Olympic programme, along with the men's 50 metre pistol and 50m rifle prone events, to make way for mixed competitions.

Among the charges against Rossi was that he had "tried to mislead" Member Federations by alleging the international governing body was planning to introduce laser shooting "for the sake of his own political agenda".

The ISSF also alleged Rossi had insulted other officials from the organisation, as well as International Olympic Committee sports director Kit McConnell.