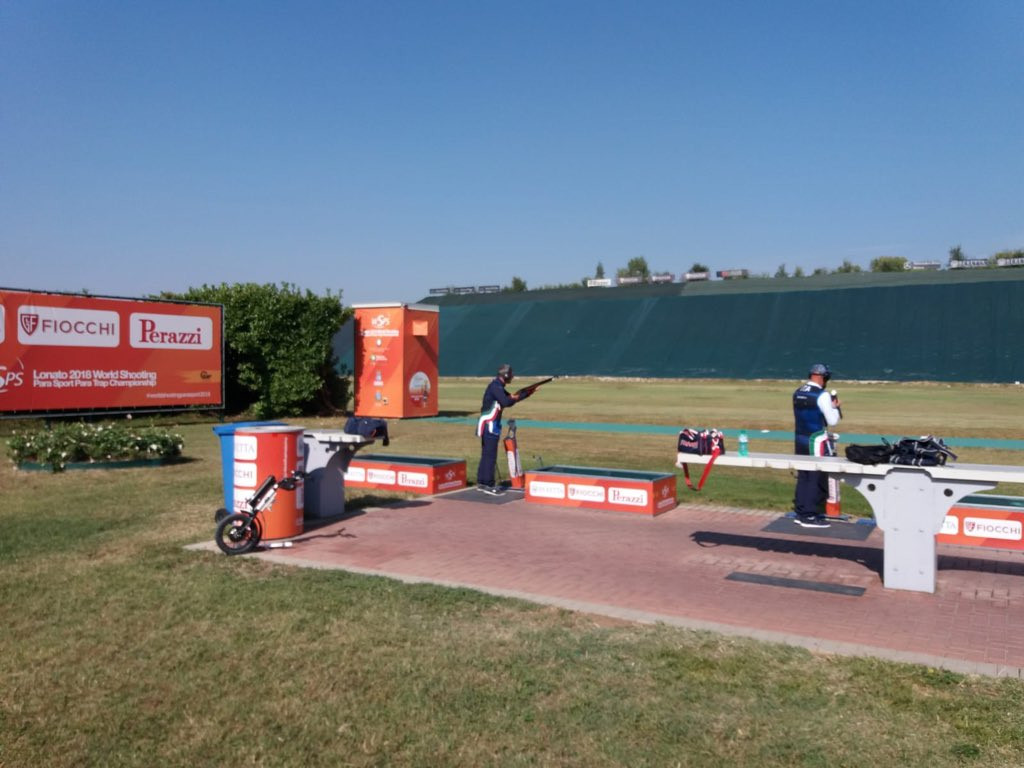 Iran’s Abdolreza Tavasolikhah, winner of the gold medal in the Pt1 trap mixed standing event last year at the Para Shooting World Cup in Lonato, finished way down in 13th after day one of the inaugural Para-trap World Championships at the same venue today.

World Para Shooting have not held a World Championships in para-trap before, with 60 athletes from 14 countries competing in the first edition at the Trap Concaverde range today and tomorrow.

Scores of 16, 19 and 14 in the three rounds today however, mean going into day two he is well out of the medals in 13th place.

Topping the list in the event is Great Britain’s Allan Ritchie, winner of the gold medal at this year’s World Cup event in Al Ain.

Another World Cup winner this year, Scottie Brydon from Australia, is down in ninth.

#Lonato2018 ?? Day 1 - qualification rounds! This Saturday 6, we have the finals! And we will live stream them on our Facebook page! Starts at 2pm (CET). ???#ParaTrap pic.twitter.com/OT44ybowZu

The PT2 event is being led by Saverio Cuciti from Italy on a total score of 66 point, while his compatriot Raffaele Talamo, who won in Al Ain is second with 65 and yet another Italian, Alessandro Spagnoli, is third on 64.

It was a good day for the host nation all round as another Italian, Francesco Nespeca leads the Pt3 event on 67 points.

Like his compatriot Raffaele Talamo, he also won gold in Al Ain earlier this season.

Second in that event is Spain’s Meliton Antonio Brinas Mora, considered one of the favourites prior to the start of the event, while Denmark’s Kim Poil Nyby is third on 64.

The Championships are due to conclude tomorrow.