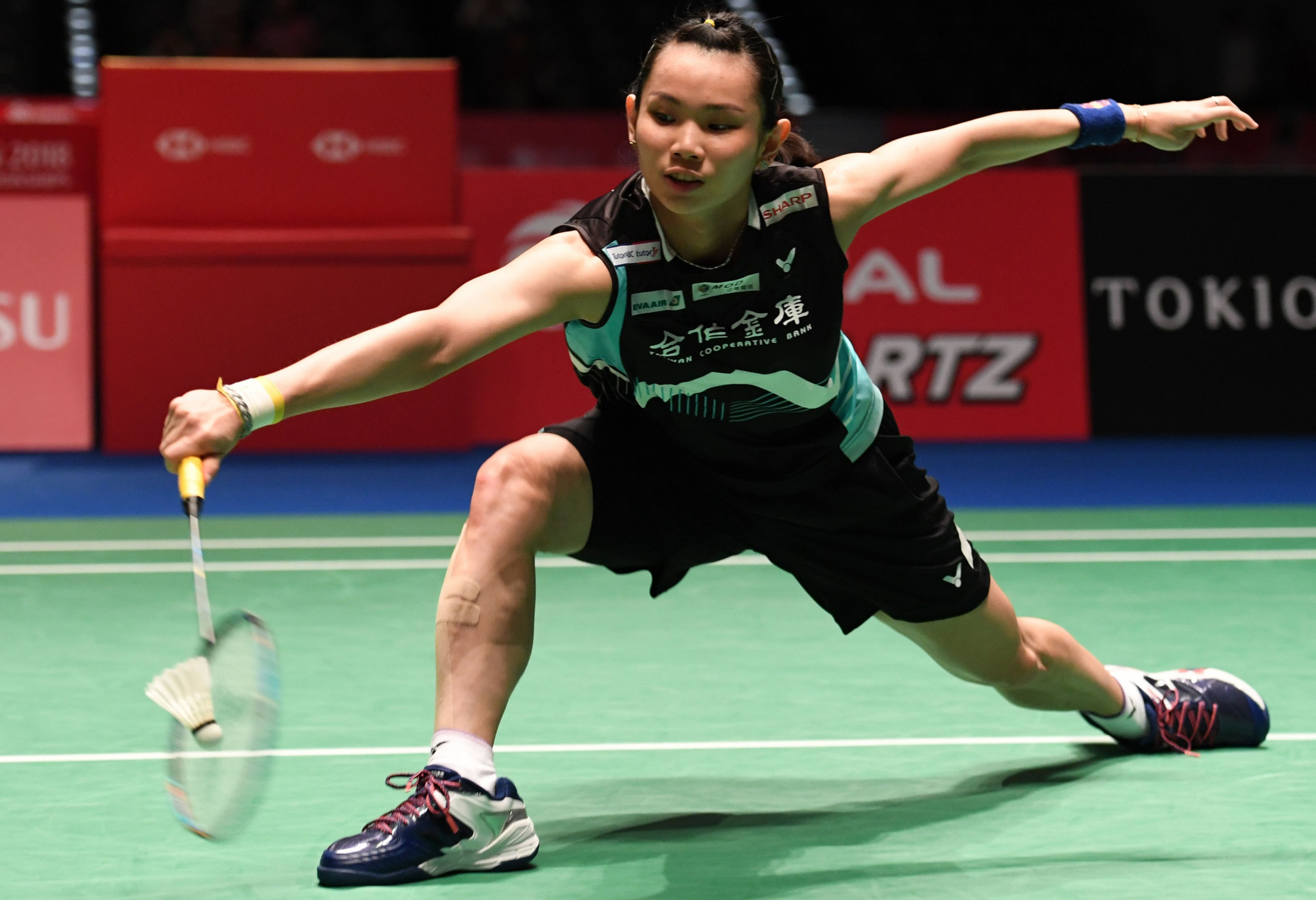 Both singles top seeds are from Chinese Taipei and Tien Chen Chou and Tzu Ying Tai lived up to their reputations to secure semi-final spots in the individual competitions of the Badminton World Federation (BWF) Chinese Taipei Open.

Top seed and home favourite Chou is through to the men’s singles semi-finals at the Taipei Arena after beating Hong Kong’s Cheuk Yiu Lee in straight games at this HSBC BWF World Tour Super 300.

The 37-minute match sends Chou through to the semi-finals where he is due to face Malaysia’s Zii Jia Lee.

Denmark's fifth seed Jan Ø. Jørgensen will take on Japan’s Riichi Takeshita in the second semi-finals as they both were victorious in today’s quarter-finals.

The men’s semi-finals are due to take place tomorrow.

Tai dominated the first game 21-6, and took the second 21-14 to set up a semi-final match against Malaysia’s Soniia Cheah.

Cheah will look to overcome another higher seed in the next round too.

Yip defeated another home favourite, Ting Yu Liang in the quarter-finals 21-14, 21-7 to qualify for the semi-finals.

Three Chinese Taipei teams will contest the men’s doubles semi-finals alongside a pair from Thailand.

Hung Ling Chen and Chi-Lin Wang are the top seeds in the men’s doubles and will face fifth seeds Bodin Isara and Maneepong Jongjit from Thailand in the semi-finals.

But in the women’s doubles it’s an all Japan semi-final round as four Japanese pairs will battle it out for a place in the final.

Ayako Sakuramoto and Yukkiko Takahata are the top seeds and will play fourth seeds Nami Matsuyama and Chihanu Shida.

Ayane Kurihara and Nary Shinoya are the unseeded Japanese pair who will play second seeds Naoko Fukuman and Kurumi Yonao.

Finally, Chinese Taipei will look to have a home team in the mixed doubles finals as they take on Malaysia in the first semi-final.

The second semi-final pits two Indonesian teams against each other for a chance to contest the final.