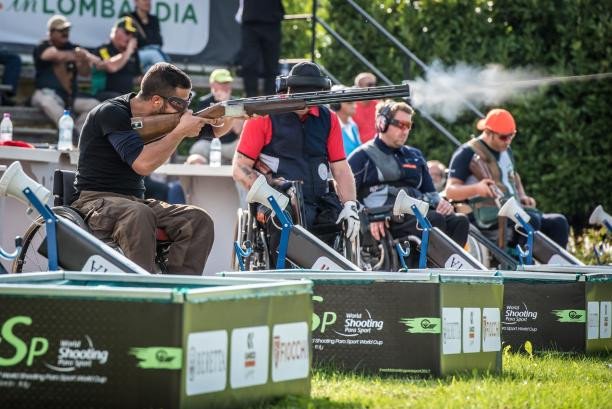 The inaugural World Championships in Para-trap shooting are due to begin tomorrow in Lonato in Italy.

It will be the first major competition in the discipline since World Shooting Para Sport approved the addition of shotgun events in May 2017.

Sixty athletes from 14 countries are set to compete in all at the Trap Concaverde range.

Medals will be awarded in six events, with individual, mixed trap and team events contested in the PT 1, 2 and 3 classifications.

Iran's Abdolreza Tavasolikhah will be aiming for more success in the PT1, the only seated category.

Italian Saverio Cuciti will look for home success in the PT2 with Spain's Meliton Antonio Brinas Mora a threat at PT3.

Shotgun has also been contested at two further World Cups this year, in Al Ain in the United Arab Emirates in March and Chateauroux in France last month.

Britain's Allan Ritchie and Australia's Scottie Brydon, the PT1 winners in Al Ain and Chateauroux respectively, are both heading to Lonato.

The two-day event will conclude on Saturday (October 6).