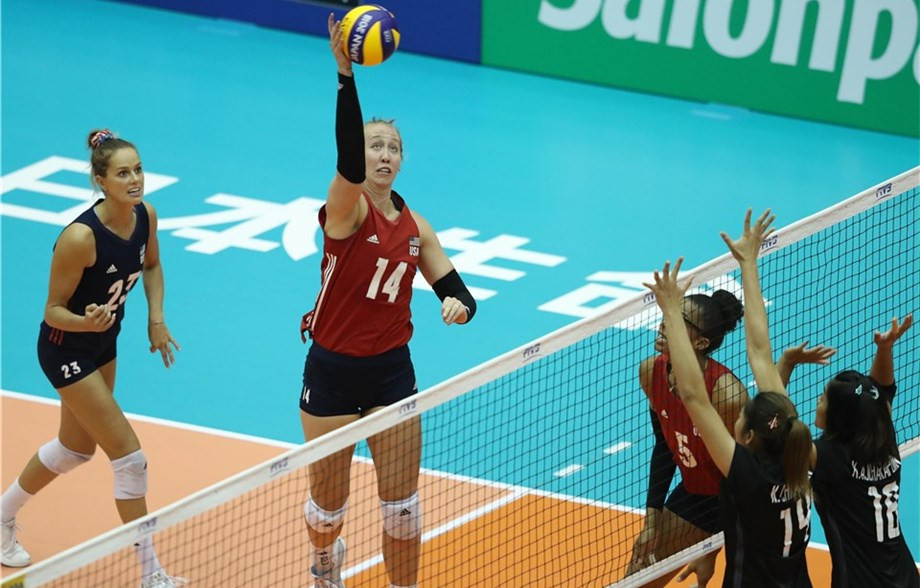 The second-round picture at the Women's Volleyball World Championships is beginning to look more clear after a day of action in all four pools in Japan.

Four teams from each pool will progress to the next group phase as the race to win the flagship tournament continues.

In Pool A, The Netherlands, hosts Japan and Germany have all qualified to leave just one more place available at the Yokohama Arena with one round of games to go.

It means the Central Americans and Cameroon will battle for the last spot tomorrow.

The African nation seem to have an easier task as they will meet winless Argentina, with Mexico meeting the unbeaten Dutch.

In Pool B at the Hokkaido Prefectural Sports Center in Sapporo, Italy and China both have 100 per cent records and are through alongside Turkey.

Canada beat eliminated Cuba to record their first win and move onto the same record as the Bulgarians in the race for fourth.

Italy and China will clash to see who wins the group.

All four qualifiers have been decided in Pool C at the Kobe Green Arena as both South Korea and Trinidad and Tobago have lost all of their first four games and are eliminated.

Only two places have been decided in Pool D at the Hamamatsu Arena.

Serbia lead the way with four wins with Brazil also through in second place.