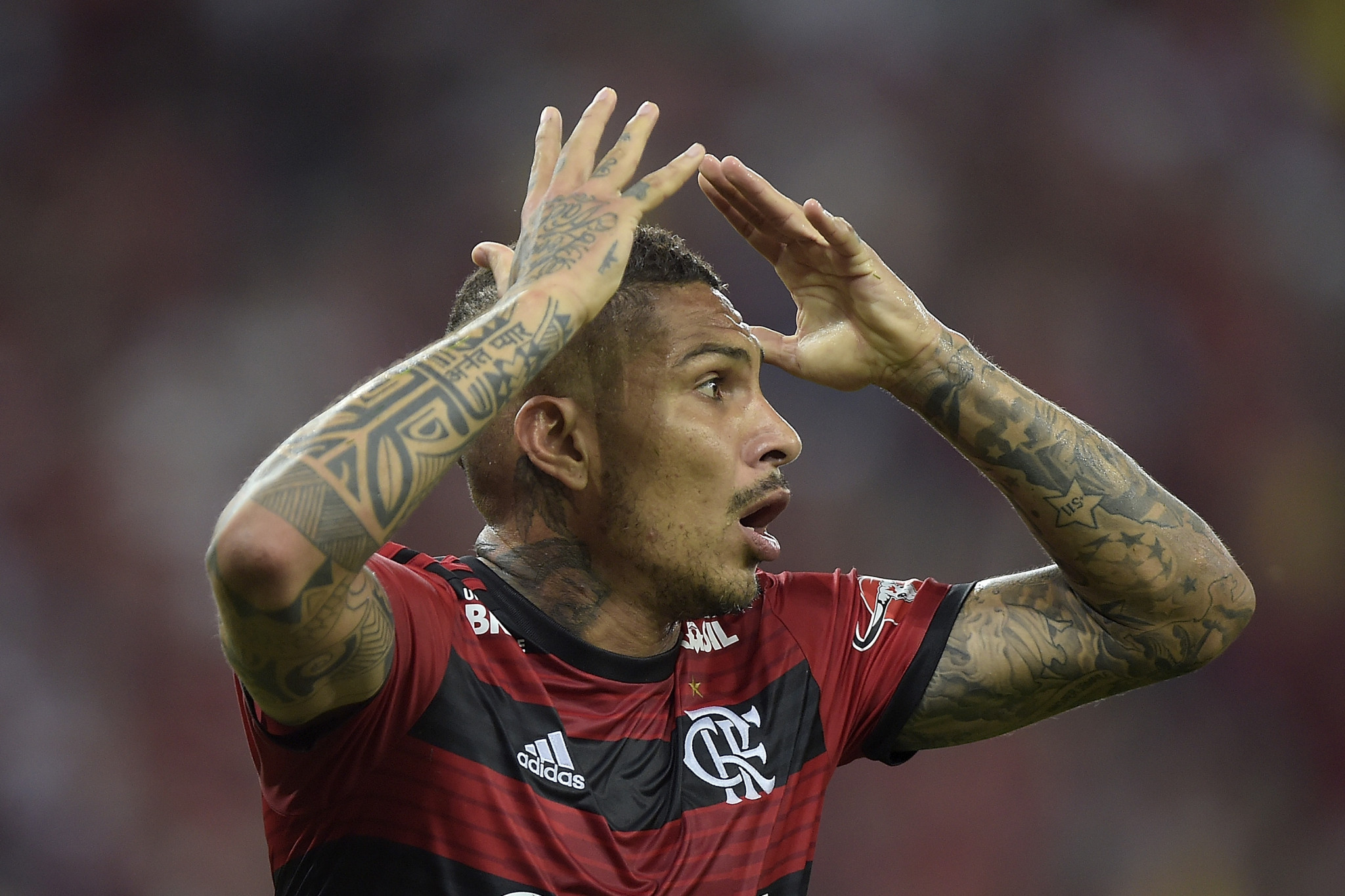 Internacional striker and Peru captain Paolo Guerrero has had his latest appeal against a drugs ban, originally imposed in December 2017, rejected by the Swiss Federal Tribunal.

The 14-month ban was originally announced when the 34-year-old tested positive for cocaine metabolite bezoylecgonine after his country’s 0-0 draw with Argentina in Buenos Aires on October 6.

He was, however, still allowed to play in the FIFA World Cup in Russia.

An appeal at the Tribunal in May, which also involved FIFA, the Court of Arbitration for Sport (CAS) and the World Anti-Doping Agency (WADA) found in his favour and the ban was frozen.

It was claimed Guerrero had not intentionally committed the offence and decided he would suffer if he missed the event which would be "the crowning achievement" of his career.

Guerrero had argued, successfully, that he ingested the banned substance by accident through am aromatic tea made from coca leaves.

At the time, Peru manager Ricardo Gareca told Movistar Deportes that Guerrero’s professionalism is "irrefutable" and the whole team were "very sad for him".

Following the World Cup in August, the striker’s ban was re-introduced, a decision which he then appealed against again.

That appeal has now been rejected by the Tribunal, effectively ending the long running saga and ensuring he will be ineligible to play for either Peru or Internacional, until April 2019.

Guerrero signed a three-year contract at Internacional in August but is yet to play for them due to the suspension.

The club are currently level on points with Palmeiras at the top of the Brazilian Premier League - the Campeonato Brasileiro - after 27 matches.