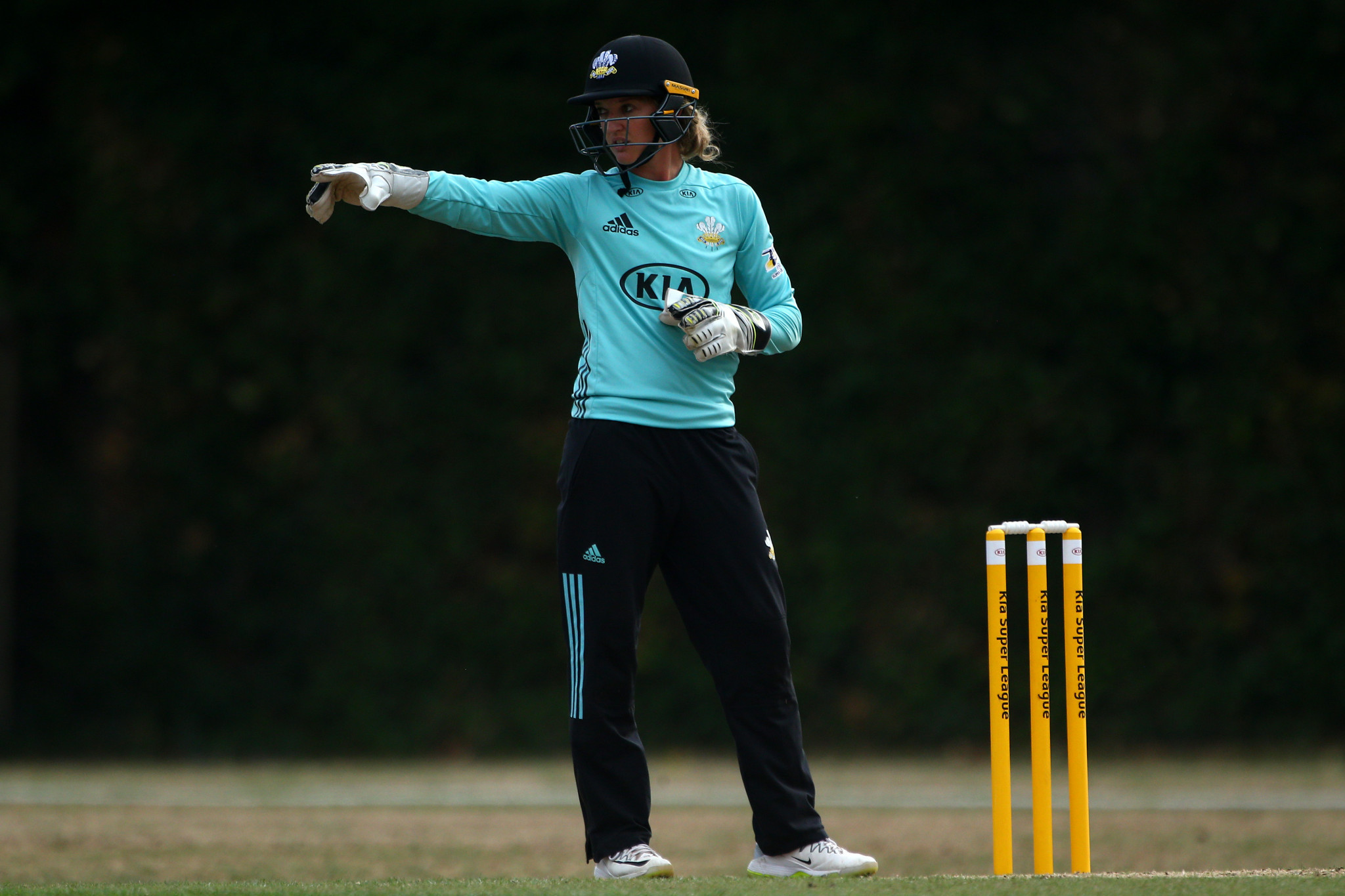 England wicket-keeper Sarah Taylor will miss the International Cricket Council Women's World T20 as she continues to manage her anxiety.

Taylor announced she had been suffering from anxiety in 2016 when she took a break from the sport.

She resumed playing in April 2017 and was selected for England before the 2017 Women's Cricket World Cup.

During the tournament, 29-year-old Taylor scored her career best innings and won the title with her England team-mates.

The decision to step away from the sport again was made by Taylor and the management staff.

The England and Wales Cricket Board said that player welfare was their top priority and women's coach, Mark Robinson, supported Taylor's decision.

"Since the end of the summer Sarah hasn't been able to train fully with the squad due to not being as fit as she would want to be from a psychological point of view," Robinson said.

"At the moment she isn't in a place where we would all be comfortable that the demanding training, playing and travel schedule wouldn't potentially put her backwards and make her road to full recovery longer.

"It's important we see mental health in a similar way to a player with a physical injury.

"You wouldn't risk a player if you felt that playing them with an injury would increase the chances of them being out for a long time or the issue even becoming career-threatening.

"Sarah will continue to train at Loughborough at a pace more suited to where she is right now with a view to hopefully being fully fit in the New Year.

"All of our players' health and well-being is the most important thing and we must never lose sight of that in the intense and demanding world of professional sport."

Taylor said that her first break from cricket was necessary to "prolong her career".

The ICC Women's World T20 will be held in the West Indies from November 9 to 24.