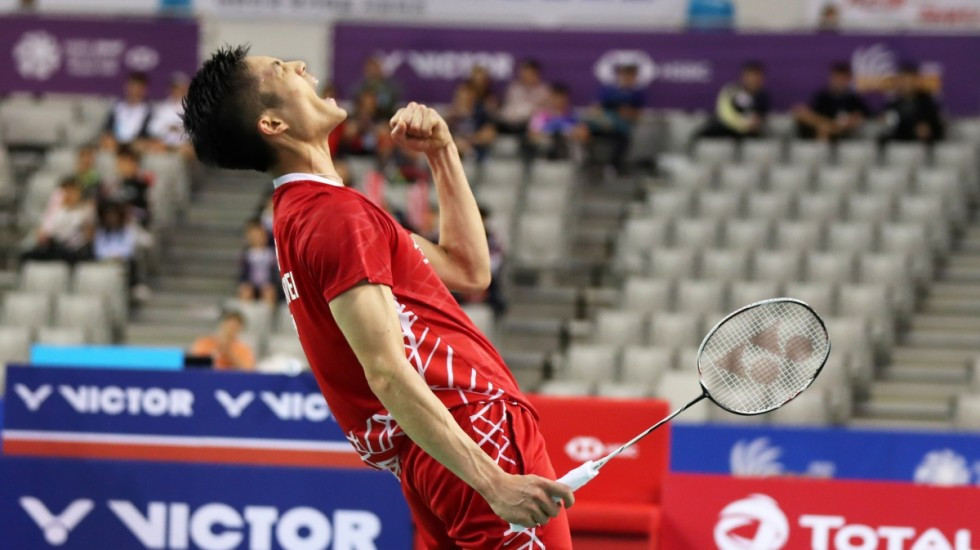 Chou Tien Chen from Chinese Taipei and Nozomi Okuhara from Japan won their third and second Badminton World Federation (BWF) titles of the year respectively today at the Korea Open in Seoul.

Chou dedicated his win at the SK Handball Stadium to the victims of the earthquake and subsequent tsunami on the Indonesian island of Sulawesi.

"I was praying for them before the match," he said after the Super 500 World Tour win.

"I did my best today, I hope my performance will provide some cheer for them and help them recover from the tragedy.

"There were a lot of smashes, it was an attacking game.

"I controlled the shuttle better, so I got more opportunities for my attack.

"I was a bit surprised by my win here as I had originally decided not to play."

Okuhara, the 2017 world champion whose only other victory this year came in Thailand in July, was troubled by Zhang and lost the second game, but was then able to capitalise on several errors from the American in the third.

It marked a good recent run for the Japanese player, who finished runner-up in Japan and then reached the semi-finals in China last week.

"I won in Thailand and Korea - these are below the Super 1,000 and Super 750 level but I'm still happy as it will give me confidence for the bigger tournaments," she said.

“I just need some rest now."

In the men's doubles, Hiroyuki Endo and Yuta Watanabe took the title by beating compatriots Takuro Hoki and Yugo Kobayashi, 9-21, 21-15, 21-10 in 55 minutes, while Japan also took the women's doubles title.

Misaki Matsutomo and Ayaka Takahashi won that by beating yet another Japanese pair, Yuki Fukushima and Sayaka Hirota, 21-11, 21-18.

The mixed doubles crown was won by China's He Jiting and Du Yue, who beat Mathias Christiansen and Christinna Pedersen from Denmark, 21-18, 21-16.