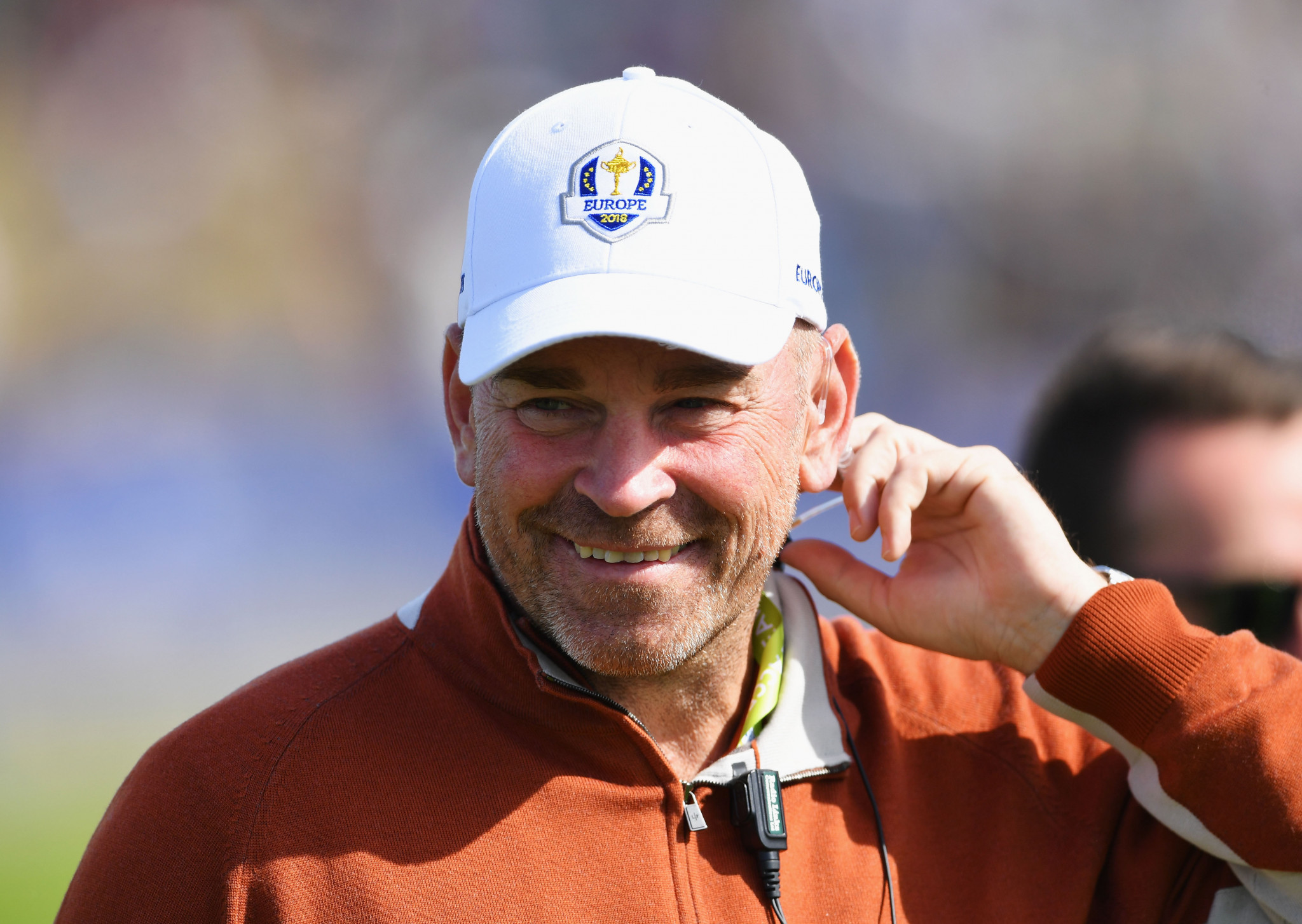 Europe go into the final day of the 42nd Ryder Cup at Le Golf National in Paris tomorrow leading the United States 10-6, and need 14-and-a-half points to regain the trophy.

Having carried a 5-3 lead into the weekend, thanks to a 4-0 clean sweep of yesterday afternoon's foursomes, Thomas Bjorn's team carried on in similar fashion by winning this morning's fourball matches 3-1.

They then shared the afternoon's foursomes, 2-2.

Europe will seek to earn their seventh Ryder Cup in nine tries with another dominant showing in tomorrow's 12 concluding singles matches.

The US trailed 8-3 in the morning after losing the first three fourball matches, with Sergio Garcia and Rory McIlroy beating Brooks Koepka and Tony Finau 2&1, Paul Casey and Tyrrell Hatton defeating Dustin Johnson and Ricky Fowler 3&2, and Francesco Molinari and Tommy Fleetwood - double winners on day one - earning a crushing 4&3 victory over Patrick Reed and Tiger Woods.

Justin Thomas and Jordan Spieth, however, offered the US a little hope as they won the last match of the morning, against Ian Poulter and Jon Rahm, 2&1, to make it 8-4.

Henrik Stenson and Justin Rose extended the Europe lead with a 2&1 win over Johnson and Koepka in the first of the afternoon foursomes, but Bubba Watson and Webb Simpson, who had never won a match together at the Ryder Cup, followed with a 3&2 victory over Garcia and Alex Noren.

Molinari and Fleetwood then extended their record to played four, won four as they easily defeated Woods and Bryson DeChambeau 5&4, but Thomas and Spieth rose to the challenge once again to win the final match of the day by 4&3 over Poulter and McIlroy.

"That was a pairing that I thought should have a go.

"It has been tremendous to watch them play."

It will no doubt have been widely noted that twice in Ryder Cup history sides trailing 10-6 on the final day have come back to win - the US managed it at Brookline in 1999, and Europe came back to win at what has since been referred to as the Miracle of Medinah in 2012.