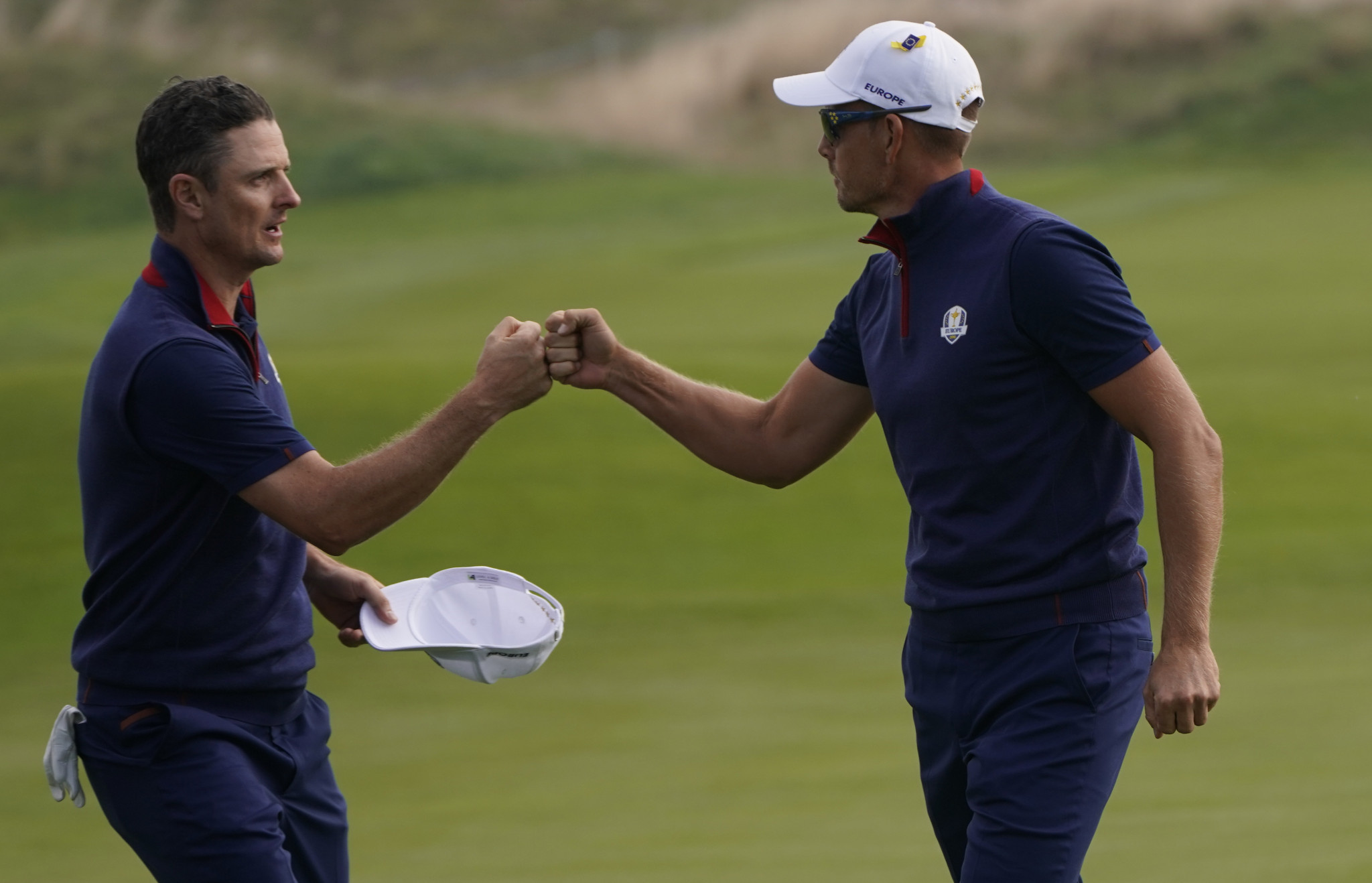 Europe produced a historic fightback on the opening day of the 42nd Ryder Cup at Le Golf National in Paris with a clean sweep of the afternoon foursomes to take a 5-3 overnight lead.

After the morning fourballs the United States had a 3-1 advantage and looked in a good position to retain the trophy they won in Chaska, Minnesota two years ago by recording their first victory on foreign soil in 25 years.

With four-time major winner Rory McIlroy failing to register a single birdie as he and Thorbjorn Olesen were defeated 4&2 by Dustin Johnson and Rickie Fowler, the portents looked dangerous for Thomas Bjorn's Europeans.

And the US finished the morning on top as Brooks Koepka and Tony Finau beat Justin Rose and Jon Rahm 1 up, and Justin Thomas and Jordan Spieth defeated Paul Casey and Tyrell Hatton 1 up.

But in the alternate shot format of the foursomes the scoreboard turned blue as all four Europe pairings took a grip on their matches.

Henrik Stenson and Rose saw off Johnson and Fowler 3&2, while McIlroy and Ian Poulter staged a comeback from two down to beat Bubba Watson and Webb Simpson 4&2.

Sergio Garcia and Alex Noren were seven up after nine holes against veteran Phil Mickelson and rookie Bryson DeChambeau before sealing it 5&4, while Molinari and Fleetwood reunited to defeat Thomas and Spieth by the same score.

Not since 1989 had a European team won all four matches in a session, and never before had they done it in a foursomes.

Garcia has now won 23½ Ryder Cup points down the years, drawing level with Colin Montgomerie and ever closer to Sir Nick Faldo's all-time record points haul for Europe of 25.

The first tee through the eyes of the fans 📱#RyderCup pic.twitter.com/gJw3xp4IXy

"It means a lot to go ahead of Seve Ballesteros in terms of individual points in my career, but the team record is more important," Garcia told BBC Radio 5 live.

"We swept the US and it hasn't happened before so it's obviously a great moment but it's just the first day.

"We have to make sure we stay ahead going into Sunday."