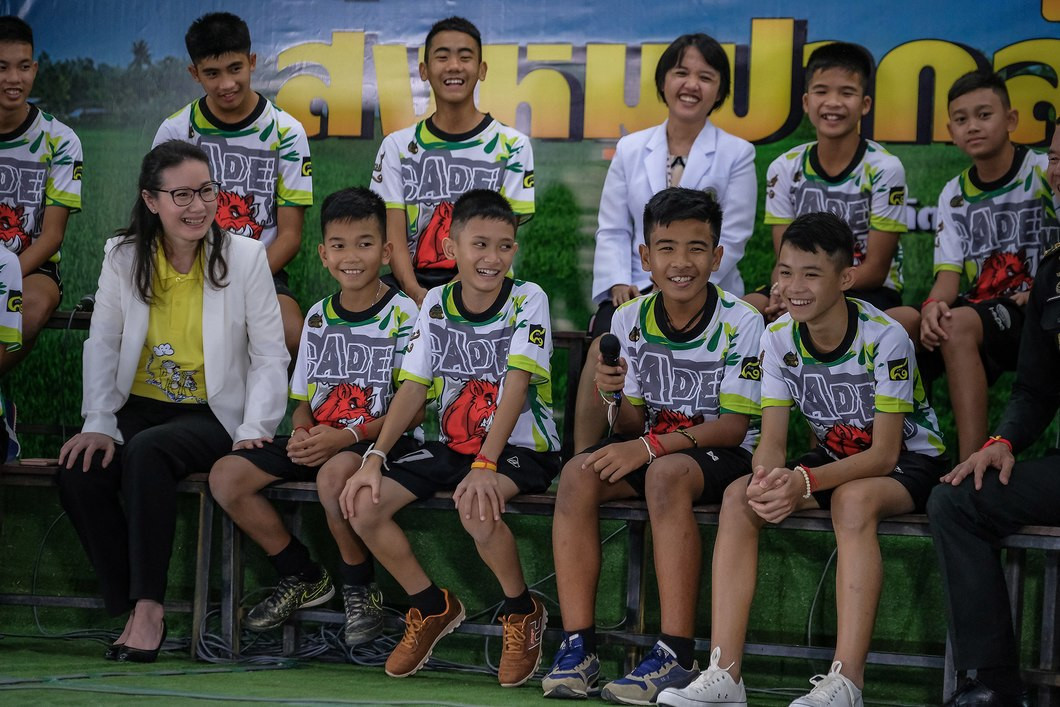 The boys from Thailand's Mu Pa "Wild Boars" Football Club, who made international headlines in June when they became trapped in a flooded cave for almost two weeks, have accepted an invitation to attend the Youth Olympic Games in Buenos Aires.

The 13-strong team, who were rescued from a flooded cave complex in the Chang Rai province during an operation that saw one man die, will watch the Opening Ceremony in the Argentine capital and various sports events from October 4 to 9.

During their visit they will meet International Olympic Committee (IOC) President Thomas Bach, who said the IOC is "very happy" the boys will visit the Games.

"I am sure they will be warmly welcomed by all the athletes from all 206 National Olympic Committees, and being in the Youth Olympic Village will be an enrichment both for them and the other athletes," he said.

According to Bach, the team were invited after showing "great strength and resilience" during their cave ordeal which are "truly Olympic values".

Bach also said the IOC plan to organise a football match for them to play in so they can "demonstrate their sporting skills" as well as watch.

The 2018 Youth Olympic Games in Buenos Aires will run from October 6 to 18, with the Opening Ceremony set to take place outside of a stadium in a format not seen before.

It will instead be staged at the Obelisk monument in the centre of the city.