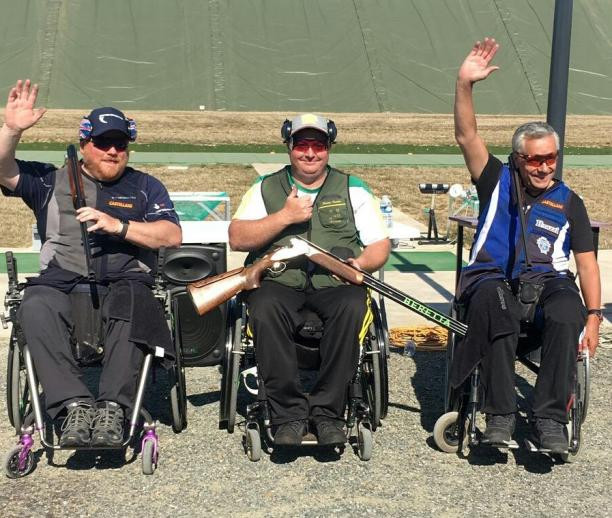 Australia's Scottie Brydon and Roberto Cucinotta of Italy both broke world records on their way to claiming gold medals at the World Shooting Para Sport World Cup in Chateauroux.

Brydon set a world mark in the PT1 mixed trap seated SG-S with a total of 37 points in the French city.

The Australian beat Britain's Allan Ritchie, the previous world record holder, by just one point to clinch gold in style.

"I am very happy to have broken the world record," the Australian said.

"It was fantastic to compete at this range."

He led an Italian one-two as Emilio Poli took silver, while bronze was claimed by Spain’s Antonio Brinas Mora.

The host nation also had success on the penultimate day of the event as Romain Ramalingom Sellemoutou won the P5 10m air pistol standard SH1 event.

Poland’s Slawomir Okoniewski and Szymon Sowinski were the recipients of the silver and bronze medals respectively.

Cyril Delubac doubled France's gold medal tally as he topped the podium in the France in the PT2 mixed trap standing SG-L competition.