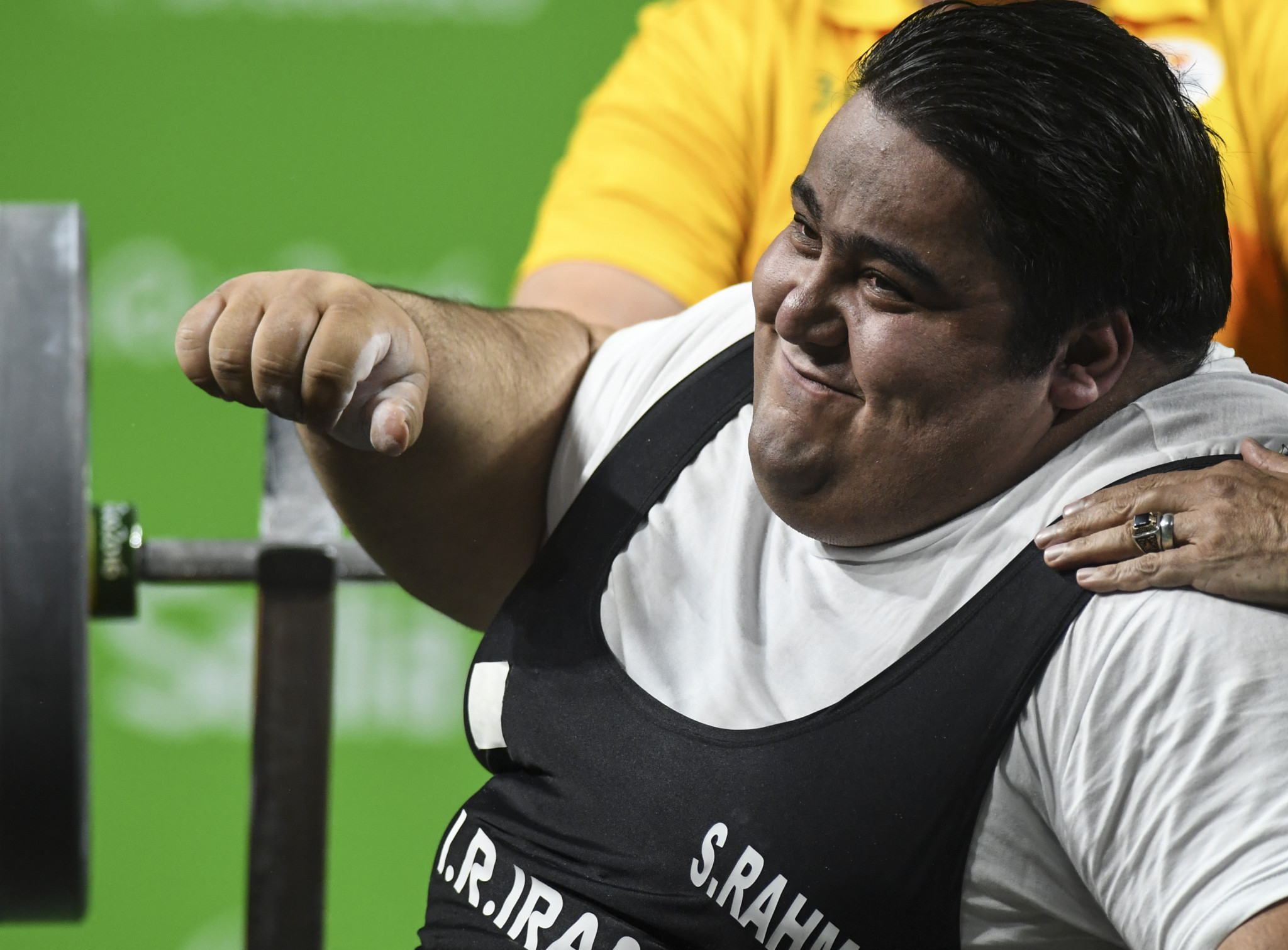 Siamand Rahman has been named as the best Asian-Oceanian powerlifter following success at the regional championships in Kitakyushu.

The Iranian lifter, known as the world's strongest Paralympian, secured the men’s over-107 kilogram title at the Asia-Oceania Open Championships in the Japanese city.

He achieved a lift of 280kg to win the competition by a comfortable margin, with his nearest rival managing 245kg.

The Iranian, a two-time Paralympic champion, surprisingly was unable to achieve a lift of 285kg in the event.

It was some way down on his world record total of 310kg, a mark he hopes to surpass at the Asian Para Games in Jakarta next month.

He will head to the event with a boost, having been awarded the best Asian-Oceanian powerlifter honour by fans.

China's Lingling Guo and Tan Yujiao were among the nominees, as well as Iraq's Rasool Mohsin.

Rahman is currently one of seven candidates running for the Asian Paralympic Committee Athletes' Commission.

They are joined by South Korean cross-country skier and biathlete Jeong Min-lee, as well as Para-athletes Siham Masoud Muhail and Yanzhang Wang, of the United Arab Emirates and China respectively.