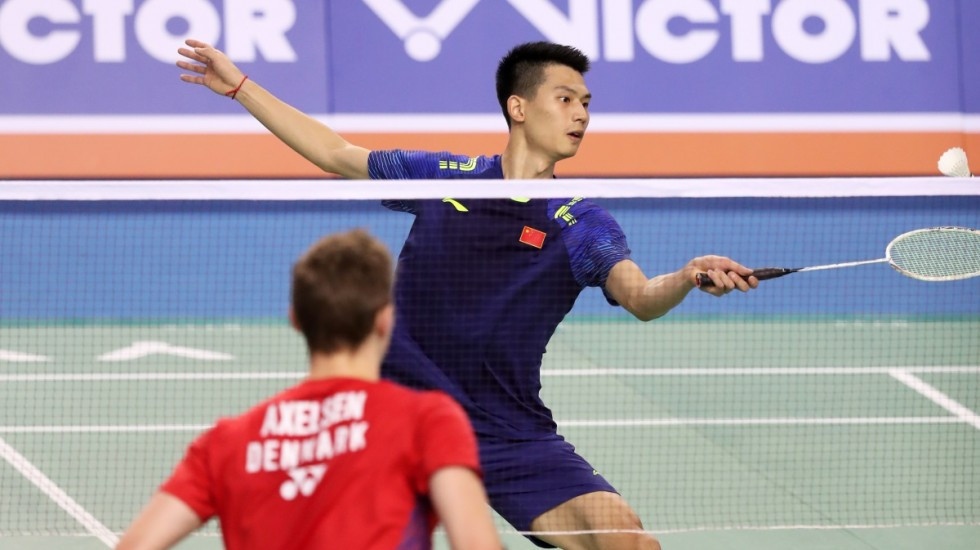 Top seed Viktor Axelsen of Denmark made a shock exit in the second round of the Badminton World Federation Korea Open in Seoul as he was beaten in straight games by China's Zhao Junpeng.

It was one of two surprises on the third day of play at the SK Handball Stadium as men's doubles top seeds Takeshi Kamura and Keigo Sonoda of Japan - silver medallists at the World Championships - fell to home pair Lee Yong Dae and Kim Gi Jung, who won 18-21, 21-10, 21-9.

Axelson, last year's world champion, began badly as he went 18-12 down in the first game, but then restored the score to 18-18 and earned four game points.

But that was his high point as his Chinese opponent took the game and ran through the second with increasing ease to earn a 27-25, 21-9 scoreline and a meeting in tomorrow's quarter-finals with last year's runner-up, Jonatan Christie of Indonesia.

"I can't consider it a big upset because Axelsen made a lot of mistakes in the second game," said Zhao.

"I’d lost twice to him and I learnt from that.

"I haven’t done well in the top tournaments over the last two years as I was under pressure.

"Hopefully I will get better from now."

On the other side of the draw, Japan's world and Asian champion Kento Momota will face compatriot Kenta Nishimoto, and Indonesia's Anthony Ginting - who defeated Momota in last week's China Open final - meets Chou Tien-chen of Chinese Taipei.

The women’s singles top seed Akane Yamaguchi of Japan avoided Axelsen’s fate as she stayed stubborn in the face of a difficult challenge from China's Chen Xiaoxin to emerge triumphant, 24-26, 21-19, 21-17.

She now faces another Chinese player, Gao Fangjie, in the quarter-finals.

Sixth seed Beiwen Zhang of the United States also had a tough struggle against another young Chinese, Cai Yanyan, before winning 15-21, 22-20, 23-21, letting out a long sigh of relief as she did so.

"The hall came into play a bit, it's a bit windy in there and that means it's anyone's game," said Gilmour.

"The person who can control it a tiny bit better will take it.

"I think the trick was not to think about it too much, just try to play as free as possible.

"It's going to be interesting tomorrow, she’s very skillful."