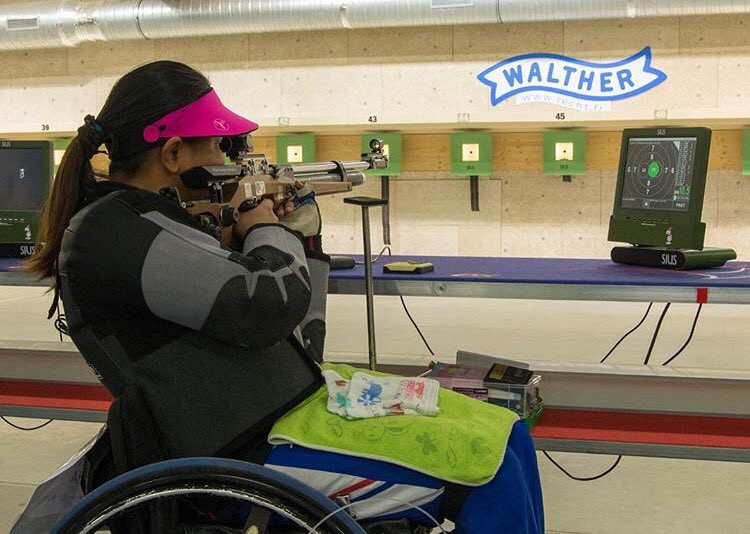 Gold in that event was claimed by Manish Narwal, who finished with a score of 235.9, just 0.5 ahead of his compatriot Deepender Singh in second.

Singh did in fact briefly lead after the second round but was unable to hold his advantage, while the bronze went to Tomas Pesek from the Czech Republic, who finished with a score of 215.9 points.

In the women's 10m air pistol final the gold was taken by Italy's Nadia Fario, who came from behind the snatch the top prize over Turkey's Aysel Ozgan and Krisztina David from Hungary.

After the first stage the Italian sat third and she remained in the bronze medal position with just one round of shooting to go, but a superb final round saw her leap ahead of both Ozgan and David.

In the mixed 10 metre standing air rifle final it was Poland's Barbara Moskal who came out on top, ahead of Great Britain's Michael Whapples and another Pole, Krzysztof Ruszkiewicz.

Unlike Fario before her, Moskal led from start to finish, eventually ending the competition and sealing the gold with a score of 216.3.

Whapples took silver with 214 points exactly and 176.9 was enough to give Ruszkiewicz the bronze.

Elsewhere today, finals went ahead in both the men's and women's 50m rifle three positions events.

In the women's event it was Germany's Natascha Hiltrop who topped the podium, finishing 2.2 points ahead of her compatriot Eike Seeliger with a score of 439.9.

The United States picked up their only medal of the day in third place thanks to Taylor Farmer.

In the men's final it was the United Arab Emirates, Israel and France who took the medals.

Abdulla Sultan Alaryani took the gold with a score of 453.9, ahead of Doron Shaziri who scored 445.9.