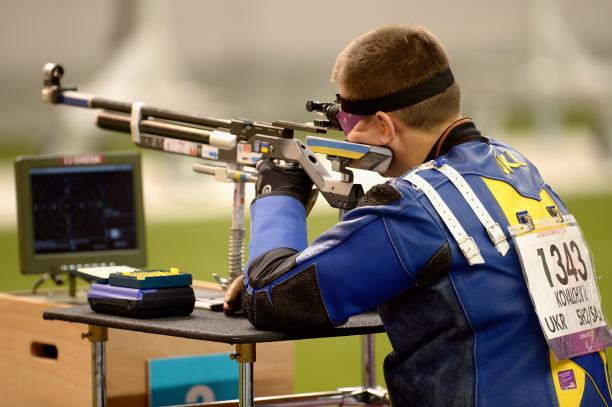 It was enough to beat his nearest rival, Michael Johnson from New Zealand, by exactly one point.

The Kiwi, who won Paralympic gold in the same event at Athens 2004, was initially ahead after three rounds of the second stage, but he could not hold onto that lead, eventually fading away as Kovalchuk upped his performance.

The bronze medal was won by Italy's Andrea Liverani, who this year is currently ranked 14th in the world in the class.

In today's only other final, the R6 50m rifle prone mixed SH1, Spain's Juan Antonio Saavedra Reinaldo took the gold with a score of 248.1

The 44-year-old from Pontevedra in Galicia led from start to finish, beating John Joss III from the United States to the gold by 2.6 points.

Great Britain secured the bronze thanks to Matt Skelhon, who finished significantly behind the top two on 226.2 points.