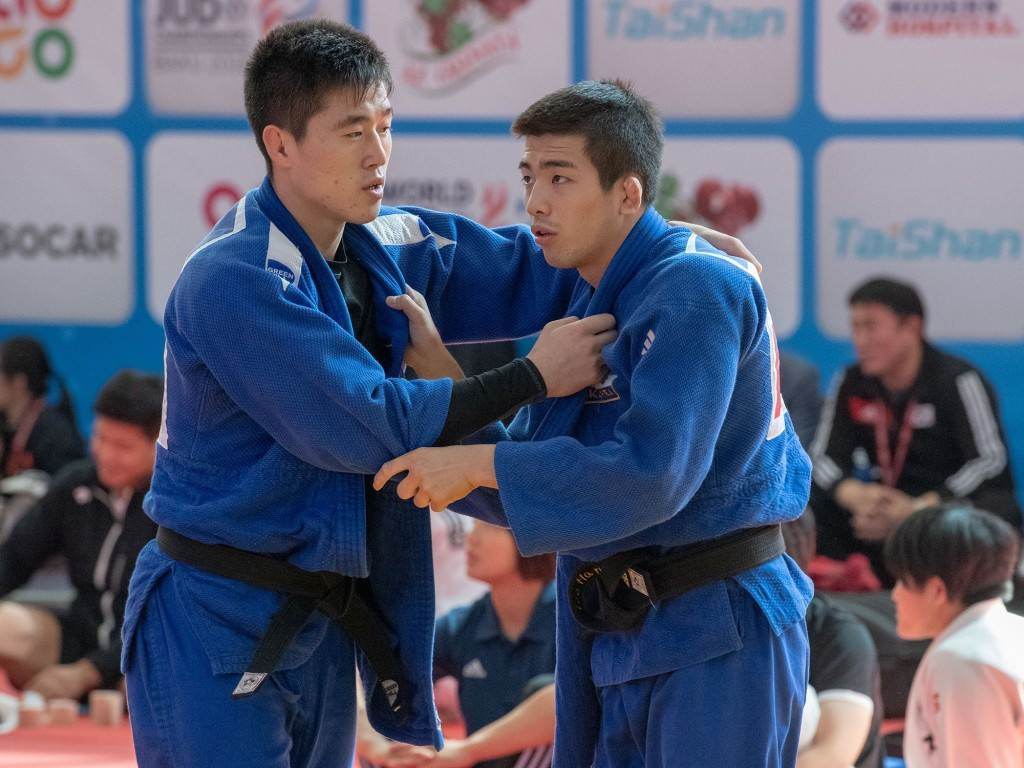 Delegations from North and South Korea have met to discuss the logistics of the unified Korean team which will compete at the World Judo Championships.

The two delegations met here to discuss the joint venture on the final day of individual competition.

Both countries will combine for the mixed team event taking place tomorrow.

They released a joint statement following the gathering.

"We are happy to participate in this important history page for our two countries," they said.

"This team competition is a beautiful symbol of peace."

There will be four North Korean judokas competing under the unified Korean flag - one male and three female.

Kim Chol Gwang is the only North Korean representative in the men's competition, competing at under-73kg.

Rhi Hyo Sun and Kim Jin A will compete in the women's under-57kg division whilst Kwon Sun Yong is in the team for the under-70kg event.

The two delegations sent separate teams for the individual events but will combine for the mixed team competition in the latest show of sporting diplomacy between the two countries.

The mixed team event is set to make its debut on the Olympic programme at Tokyo 2020.

This is not the first time we have seen a Unified Korean team, as they competed together in some events at the 2018 Asian Games and at the Pyeongchang 2018 Winter Olympics.

The International Judo Federation (IJF) reported that the meeting was held in a "particularly relaxed and friendly atmosphere".

"It is important to discuss all the details and find the best possible procedure to allow both federations to participate under unified colors with COR as the country code," she said.

"We also discussed in detail the procedure for selecting athletes from both countries.

"I must say that everything has gone wonderfully well and everyone is showing a real determination to do well."

There are 19 countries expected to take part in tomorrow's competition with 201 judoka in the teams.

The Unified Korea team have a bye in the first round.

Their first match will be against Romania or Turkey.