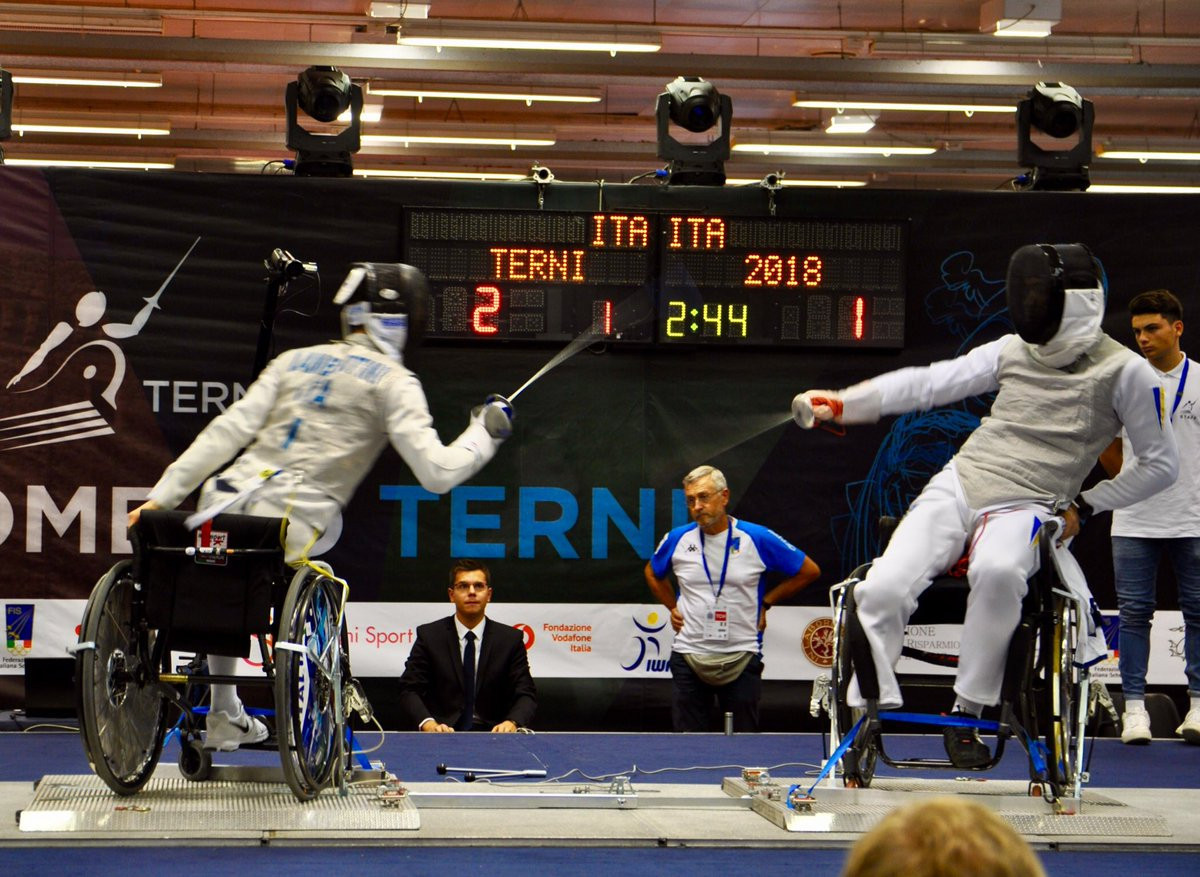 Ksenia Ovsyannikova was an individual winner in the women’s foil C category at the PalaDeSantis as she defeated Hanna Pashkova of Ukraine 15-10, and there were further successes for Russia’s fencers in the men’s foil and women’s épée  team events.

Ovsyannikova had ended the ambitions of home fencer Consuelo Nora with a 15-6 win in the semi-finals, while Pashkova reached the final with a 10-8 win over Germany’s Ulrike Lotz-Lange.

The last competition of the day: Foil Male Team
Russia wins the gold medal in the final match against France 45-24
To see the full results click here: https://t.co/9le8jxRgte
See you tomorrow with the 5th day of competition!#Terni2018 pic.twitter.com/ekVZNuOq1e

The final in the men’s épée C category will be contested by Pashkova’s compatriot Serhii Shavkun, who beat home fencer Martino Seravalli 15-4 in the semi-final, and Latvia’s Dmitrijs Valainis, who progressed thanks to a 15-11 win over Zsolt Szarvas of Hungary.

Following a 45-20 win over Belarus in the semi-final of the women’s épée team event, overall victory was confirmed with a 45-32 result in the final against Ukraine, who had earlier beaten Poland 45-44 in a hugely competitive semi-final.

Belarus knocked out the hosts 45-25 in the first round, and they won the third-place match against Poland by 45-39.

In the men’s foil team event, Russia beat France 45-24 in the final, having earned a narrow semi-final victory over the hosts by 45-43.