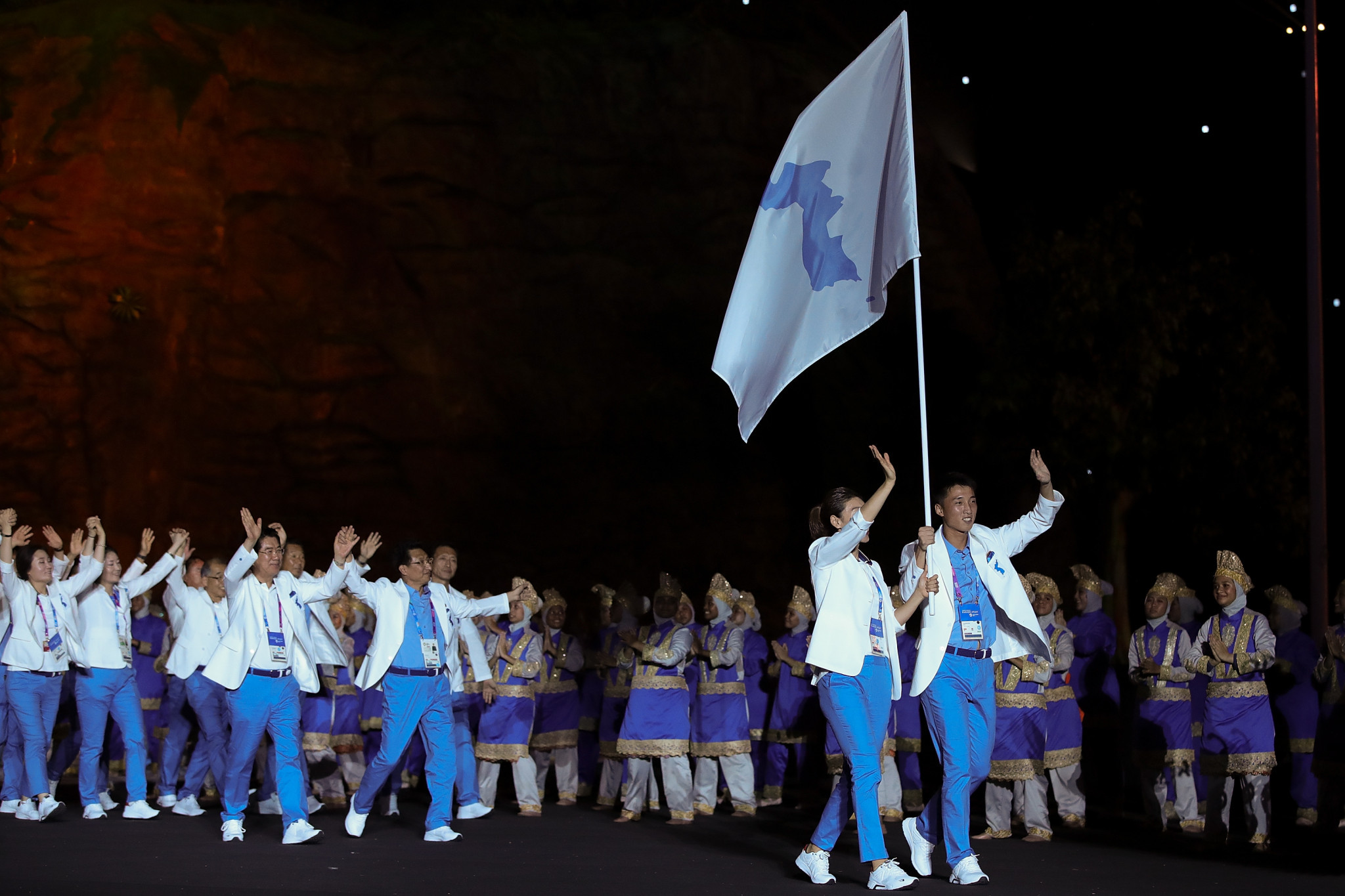 North and South Korea will march and compete together at October's Indonesia Asian Para Games in Jakarta, it was announced today.

This is the first time the nations have marched together in the Opening Ceremony at a Paralympic-style event.

The two countries marched together at the Winter Olympic Games in Pyeongchang earlier this year and competed together in ice hockey.

But talks for North and South Korea to march together in the Opening Ceremony at the Winter Paralympic Games broke down at the last moment and they entered separately.

A flagbearer from each country will carry the Korean Unification flag under the name Korea - COR - leading around 100 athletes from South Korea and 20 North Korea wearing uniforms that use the same design of the flag.

The nations will also compete as a unified team in a swimming event and and two table tennis events.

For all other events the two nations will continue to compete separately.

"Whilst joint marching occurred at both the Winter Olympic Games in Pyeongchang and the recent Jakarta Palembang Asian Games, this is the first time that the two countries have marched and competed together at a para-sport event," Asian Paralympic Committee President Majid Rashed said.

"We are immensely proud that the Asian Para Games will help the Paralympic Movement to spread this message of peace around the world."

The entry of a unified Korean team at the Opening Ceremony at the Gelora Bung Karno Stadium on October 6.

"We are really pleased to learn that North and South Korea will march jointly during the Asian Para Games Ceremonies and compete as a unified team in several sports," IPC President Andrew Parsons said.

"Such actions once again show the ability of sport to unite people and bring to the world a message of peace through sport.

"We wish the competing athletes the very best of luck in Jakarta."