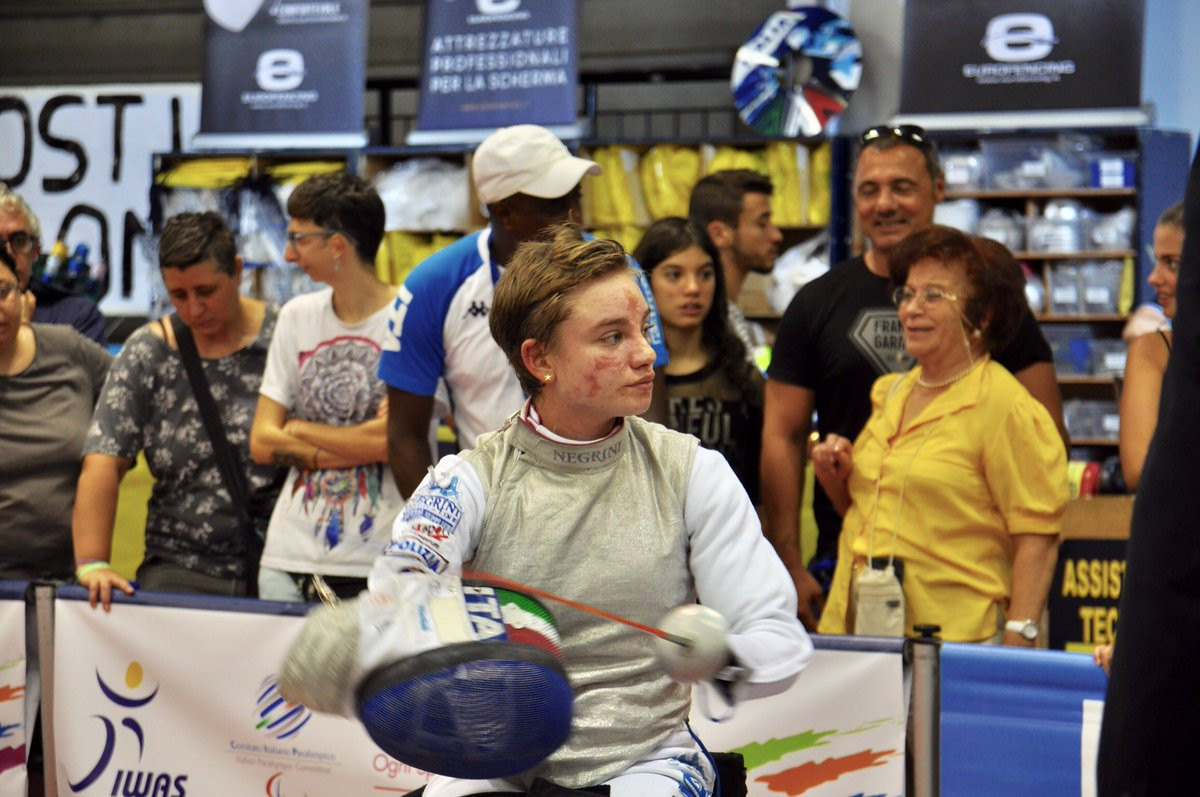 Russia’s Irina Mishurova took the silver medal ahead of her team-mate Viktoria Boykova and Belarusian Alesia Makrytskaya with the bronzes at the PalaDeSantis.

Italy also topped the medal podium in the men’s foil B event as Marco Cima beat Poland’s Jacek Gaworski for the title.

Coutya turned bronze to gold by winning the men’s epee B event.

He defeated Belarus’ Andrei Pranevich in the final.

Russia too was able to move up the podium as they took gold and silver medals in the men’s foil A competition.

Evdokimova won another bronze medal in the foil A category.

Zsuzsanna Krajnyá, also of Hungary, took the other bronze medal.

In the sabre events, Ukraine were doubly successful.

In the men’s sabre A category, Ukraine’s Andrii Demchuk won the title, and Hungary picked up another silver through Osvath.

The Americas Wheelchair Fencing Championships have also just closed in Saskatoon in Canada.

The home team's three-time Paralympian and 2016 defending champion Pierre Mainville won gold for the hosts in the men’s sabre B category, beating Brazil’s Jovane Guissone 15-12 in a tight final.

In the women’s épée category A there was further Canadian success as Camille Chai beat Brazil’s Carminha De Oliveira in the final.

In the men’s sabre A event the home crowd cheered Matthieu Hebert to victory.

He defeated team-mate Ryan Rousell 15-9 in the final to make it a one-two for Canada.

Brazilian fencers were more successful in the men’s épée competitions as both Guissone and Moacir Ribeiro took gold medals.

Ribeiro faced compatriot and defending champion Fabio Luis Damasceno in his first match in the épée category A.

After winning 15-12, Ribeiro then defeated top seed Hebert in the semi-final.

Hebert ended up taking his second bronze medal of the Championships, with team-mate Ryan Roussel also in third.

Ribeiro then faced teammate Lenilson De Oliveira in the final to take the gold medal.

In the men’s foil B category, Guissone was victorious for Brazil, beating fellow Brazilian Vanderson Chaves into silver.

The US were also successful, winning seven medals.

Former able-bodied foil fencer, Byron Branch won the gold medal in his wheelchair fencing debut in the foil A title.

In the elimination rounds Branch was dominant, seeing off Hebert 15-8 in the semi finals.

Whilst Hebert picked up another bronze alongside Brazil’s Fabio Luiz Damasceno, another Brazilian challenged Branch for the gold.

Canada completed a first and third in the event as Morell took gold, Jensen the silver and Chai claimed the bronze alongside Victoria Isaacson of the US.

In the foil A event, Jensen faced Maia again, this time losing in the semi finals by 15-10.