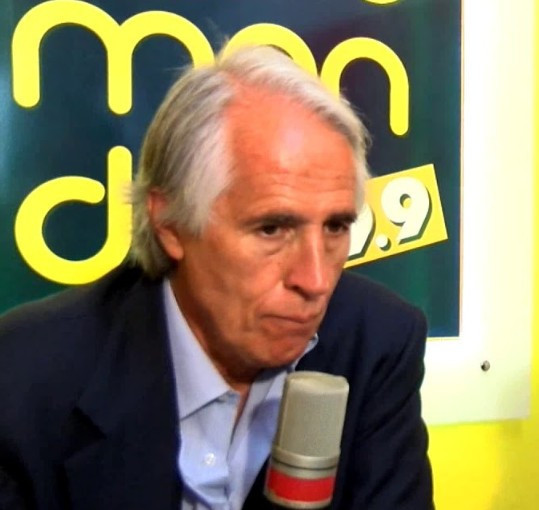 President of the Italian National Olympic Committee (CONI) Giovanni Malagò has claimed his country's bid for the 2026 Winter Olympic and Paralympic Games could still survive with just Milan and Cortina d'Ampezzo even though senior Government officials have declared it "dead" following the withdrawal of Turin.

Turin, which hosted the 2006 Winter Olympic and Paralympic Games, withdrew following demands from Milan Mayor Giuseppe Sala that his city either go it alone or be the focal point of the campaign.

Giancarlo Giorgetti, the Under-Secretary for Prime Minister Giuseppe Conte, who has a brief for sport, revealed in Rome that differences between the three proposed hosts meant the effort could not continue in its current form.

Deputy Premier and Interior Minister Matteo Salvini has claimed, thought, that every effort will still be made to bring the Games to Italy.

Veneto Governor Luca Zaia and Lombardy Governor Attilio Fontana, meanwhile, told Italy's news agency ANSA in a joint statement that they would be prepared to remain in the race without Turin.

Meetings are taking place in Lausanne today between the International Olympic Committee (IOC), Milan and Cortina in which such a joint, two-way bid will be discussed.

Insidethegames understands that such a joint bid is now CONI’s new focus but the door remains open for Turin to change their mind.

This was highlighted today by CONI head Malagò, who, speaking to RAI Radio, said there is still time for Turin to reconsider its position.

"It’s certain that Italy has les chance of winning [with a two-way bid],” he is quoted as saying, which he said was in part because the central Government would not provide financial guarantees in support of such a bid.

When asked whether Turin might reconsider its withdrawal, Malagò said, "we are still in time".

Tomorrow CONI’s National Council are due to meet in Bologna at the Sala del Consiglio Comunale of Palazzo D'Accursio.

President Malagò is scheduled to give a press conference at 3pm local time, during which the state of the bid will almost certainly be discussed.

The saga marks a further blow to Olympic bidding in Italy, after Rome bids for the 2020 and 2024 Summer Olympics both collapsed.

Candidates are also now dwindling in the 2026 race as well, after the Japanese city of Sapporo confirmed their withdrawal on Monday (September 17).

Bids from Swiss city Sion and Innsbruck and Graz in Austria have also already fallen through due to a lack of public support and referendum defeats, leaving just Stockholm in Sweden, Calgary in Canada and Erzurum in Turkey.

Stockholm’s bid is facing a lack of political support and the Calgary bid will face a crucial referendum on November 13, which it must win to continue