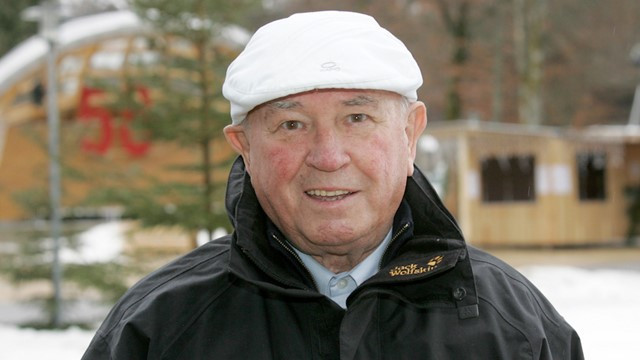 The world of ski jumping has paid tribute to Germany's Hans Ostler, the Honorary President of the prestigious Four Hills Tournament, following his death at the age of 93.

Ostler was part of the Four Hills event - one of the sport's biggest prizes - since its very beginning in 1952.

He was involved in initial discussions in Austria in 1949 and became President of the event in 1988, serving until 2003.

He was a member of the International Ski Federation's Ski Jumping Committee and Honorary President of Skiclub Partenkirchen.

One of his biggest gifts to the sport was the implementation of video distance measuring in 1991.

"He was innovative all his life and he was never satisfied with the status quo.

"With his passion, he played an important role in the constant development of the Four Hills Tournament and ski jumping in general.

"We owe him a lot and he will remain in our hearts as a role model."

Michael Maurer, chairman of Skiclub Partenkirchen, added: "It is impossible to find the right words to describe the achievements of Hans Ostler for the ski club.

"Like no other, he played a decisive role in making the Skiclub Partenkirchen one of the world's most important winter sports clubs, that produced world champions, Olympic champions and numerous German national champions.

"His biggest highlight has always been the New Year's competition as part of the Four Hills Tournament.

"Until the end he came to the hill whenever possible.

"We mourn with his widow Rosl and his daughter Inge."