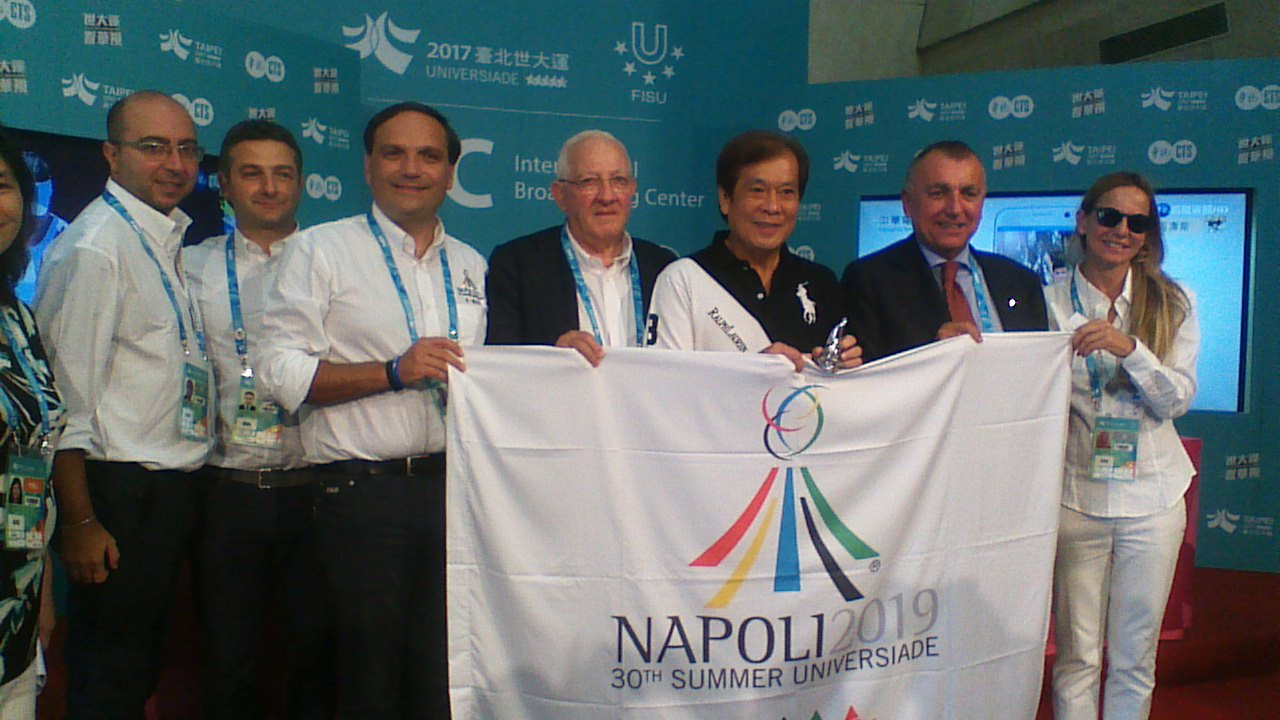 Fifty countries have so far expressed their intention to compete at the 2019 Summer Universiade in Italian city Naples.

The nations have all responded positively to an invitation letter sent by the Organising Committee.

Letters were sent on September 3 to 202 countries, according to ANSA.

Among those to confirm their participation are France, Germany, Japan, Australia, Canada, United States, China and Ukraine.

At the 2017 Summer Universiade in Taiwanese capital Taipei, 145 countries competed.

ANSA has reported that organisers in Naples are hoping to reach 170.

Naples was officially confirmed as the host in May 2016 following a reopened bidding process after Brasilia withdrew in January 2015.

Deciding on the Athletes' Village has been one of the main challenges.

After a long and drawn out process for the Organising Committee, an agreement was eventually struck in July.

This will see athletes housed using a combination of cruise ships, temporary housing and existing accommodation.