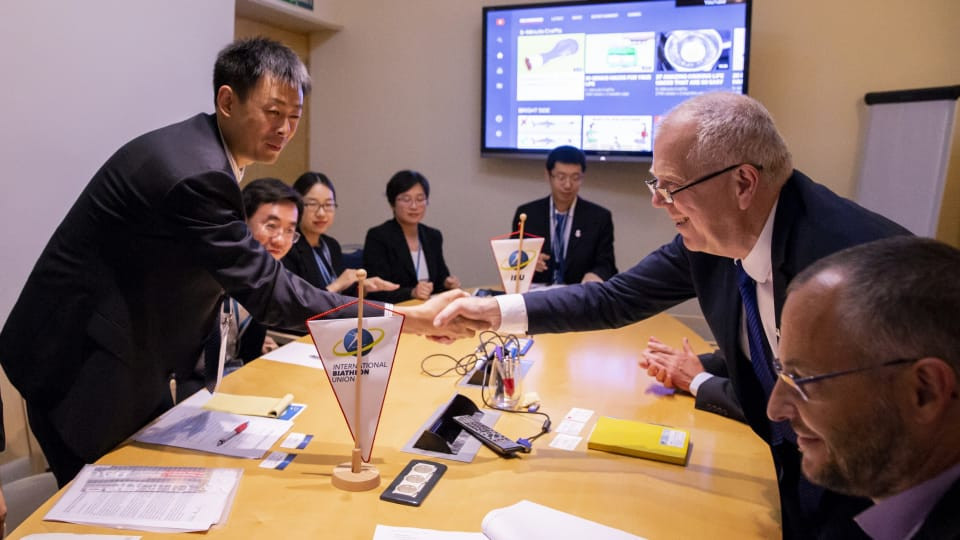 The International Biathlon Union (IBU) has become the first International Federation to sign a sport delivery plan with for the 2022 Winter Olympic Games in Beijing.

The plan is claimed to be a standard agreement of principles to guarantee the best possible delivery of biathlon competitions.

The Swedish official is making his first visit to Beijing as head of the world governing body following his election victory earlier this month.

The plan is claimed to be developed in a combined effort between Beijing 2022 and the IBU.

It consists of a "Standard Principals" document agreed and signed by both organisations.

Documents focusing on milestones and deliverables have also been agreed.

It is claimed this will serve as working reference points in process of Beijing 2022 towards hosting the Games.

Beijing 2022 had presented a progress report on construction of their Olympic nordic and biathlon centre at the IBU’s Congress in Poreč.

The biathlon centre will be located in the Zhangjiakou Cluster.

Cross-country skiing, ski jumping and Nordic combined competition will all be held at the centre.

A total of 11 biathlon competitions will feature on the Beijing 2022 sport programme.

The agreement between the IBU and Beijing 2022 comes after IOC Coordindation Commission chair Juan Antonio Samaranch encouraged organisers to use the expertise of International Federations.

It has been claimed that as part of the IOC’s New Norm reforms, International Federations will become more involved in the delivery phase of the Games.