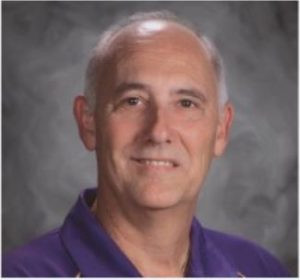 The President of Pan America ParaVolley Joe Campbell has been unanimously voted onto the board of the International Volleyball Hall of Fame (IVHF).

A vote took place at a special induction meeting and the board has announced they are "very excited" to welcome Campbell, a World ParaVolley board member, as their first international member.

Campbell, who began his own volleyball career while living in Japan in 1979, has been inducted onto the board with the aim of adding Paralympic athletes, coaches and others in the future.

"The IVHF Board sincerely looks forward to working with you to finalise a list of Paralympic athletes, coaches and administrators for future induction into the IVHF," IVHF President Steve Bishop said in a personal letter to Campbell.

World ParaVolley President Barry Couzner added: "Joe's appointment to the IVHF Board is recognition of ParaVolley's growing status in the world of volleyball and the part it has played to allow people all around the world to play volleyball, in all its forms, no matter their age or ability."

Throughout his own career Campbell played for 12 years and coached for 16.

He has also refereed the game for three-and-a-half decades, becoming the first referee in the US and Pan America zone to become involved with sitting volleyball when he started in 1989.

The Hall of Fame opened to the public on June 6, 1987 with the mission to preserve the history of volleyball in its birthplace of Holyoke in Massachusetts.

A total of 130 men and women from 22 countries around the world have since been inducted.

The next IVHF Induction Ceremony will take place in Holyoke on November 8 to 10.