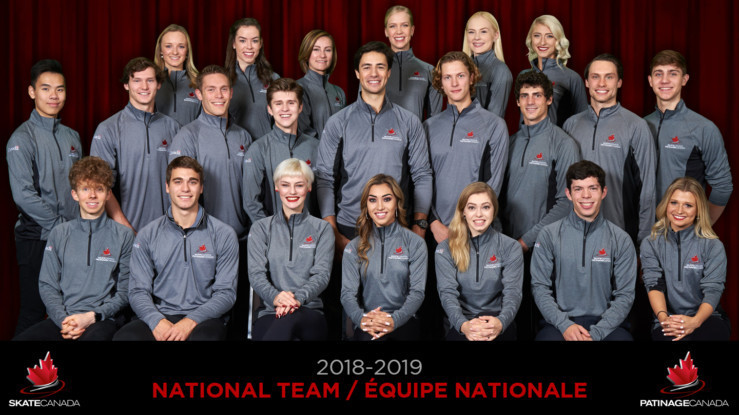 All of those named in the squad have gained their place after finishing in the top five within their respective categories at the 2018 Canadian Tire National Skating Championships, although Skate Canada can add athletes at their discretion "based on new partnerships of current and former national team members".

Tessa Virtue and Scott Moir, who are widely considered the greatest ice dancers of all time, are not included, having retired after their two golds at Pyeongchang 2018.

Those who have made the team were officially appointed on September 1 and will remain part of it until June 30, 2019.

Skate Canada have also announced the three teams that will make up their synchronised skating national team, all of which finished in the top three in the senior discipline at the 2018 Skate Canada Synchronised Skating Championships.

They are NEXXICE, of the Burlington Skating Centre, Les Suprêmes, of CPA Saint-Léonard, and Nova, of CPA Brossard and CPA St-Hubert.

All full list of all those on the team can be found here.