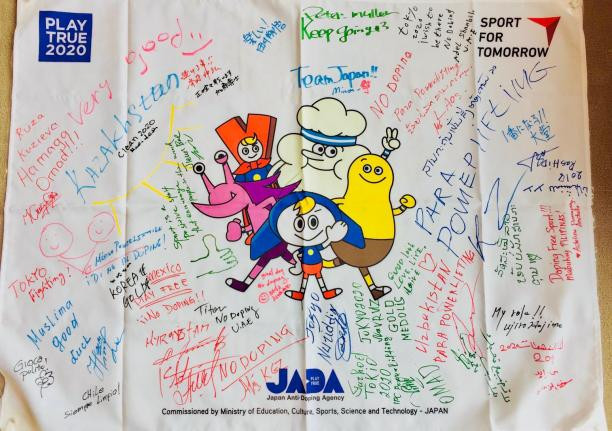 Para powerlifters from across Asia and Oceania have signed a commitment to clean sport during anti-doping seminars run by the sport’s governing body.

The seminars were organised by World Para Powerlifting in collaboration with the Japan Anti-Doping Agency and took place in Kitakyushu in the days leading up to the Asia-Oceania Open Championships.

The session, named “Raise the Bar: Say No! to Doping”, focused on the roles and responsibilities of athletes and support staff, the prohibited list, medications and supplements.

According to Japan Anti-Doping Agency (JADA) Senior Manager Yaya Yamamoto, the teams were “all very engaged and active” during the event.

“It was fantastic to witness the athletes signing a commitment message to clean sport that was displayed at the venue throughout the competition,” Yamamoto added.

She led the seminars alongside 2008 Olympian and JADA Athletes’ Commission member Rika Saito.

A “rules-based resource book” called “PLAY TRUE” was also handed out to all the athletes who attended the competition.