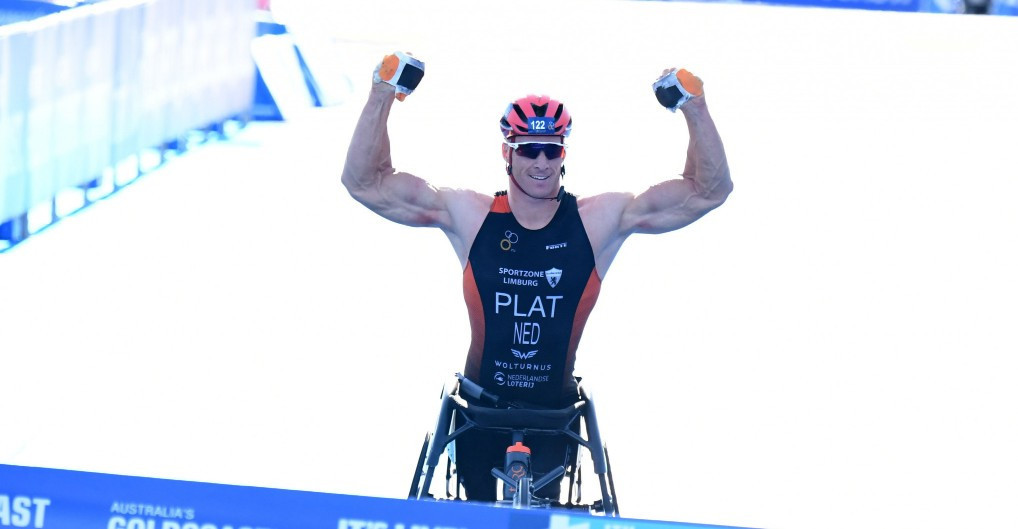 Ellis led the swim but was challenged on the technical bike ride by home favourite Aaron Scheidies and Spain’s Hector Catala.

An impressive transition and first five kilometres of the run helped Ellis power on through and take the gold medal in 59min 50sec.

In the women’s race, Rodriguez was tied for the lead with Britain’s Alison Patrick after the swim but a smooth transition and strong following elements allowed her to stretch away from the field and claim the title.

Patrick crossed the line for the silver medal, followed by Australia’s Katie Kelly in bronze.

"Our last title was in 2012 but since then paratriathlon has grown a lot and the competition increased."

In the PTWC wheelchair event, Australia took a home gold medal through Emily Tapp, who bettered her Commonwealth Games silver medal from earlier this year.

Tapp finished in 1:08.75 ahead of Wakako Tsuchida of Japan.

Lauren Parker completed the podium to give the home fans another medal as she claimed bronze.

Dutch athlete Jetze Plat was victorious in the men’s event, leading from start to finish before crossing in 57:02.

First out of the water, Plat had a one minute advantage over second place when he finished 20 kilometre handbike course.

Teammate Geert Schipper was second, with a significant gap back to bronze as Britain’s Joe Townsend fought off competition from Italy’s Giovanni Achenza.

George Peasgood of Britain was leading after the swim and the bike but Daniel’s breakaway run clinched a third world title for the Canadian.

Britain then took gold and silver in the women’s race through Lauren Steadman and Claire Cashmore.

Steadman bettered her silver medal from the last World Championships to take the title in 1:07.26.

Grace Norman of the US claimed bronze.

She was 90 seconds ahead of her closest rival after the first discipline and lead throughout the whole event.

The crowd pushed home favourite Sally Pilbeam to an impressive run to overtake Japan’s Mami Tani and clinch the silver.

Moore’s time of 1:13.22 ensured her victory as Pilbeam took silver and Tani the bronze.

In the PTS2 event, both Allysa Seely and Fran Brown improved on their positions at last year’s World Championships to take gold and silver, respectively.

The American’s time of 1:17.53 was enough to take gold, as Britain’s Brown finished almost two minutes behind to take the silver.