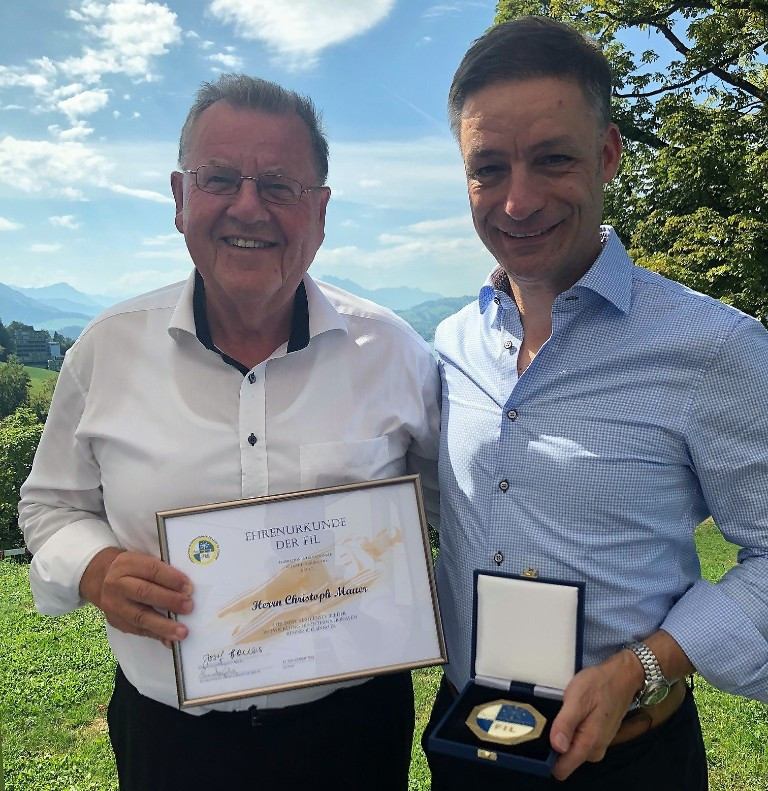 Infront director Christoph Mauer has been awarded the International Luge Federation (FIL) medal of honour for his work with the sport's worldwide governing body.

Mauer received the medal at a ceremony attended by FIL President Josef Fendt at the sports media and marketing agency's headquarters in Zug.

FIL vice-president of finance Harald Steyrer, and Bruno Marty, executive director of Infront, were also in attendance at the low-key ceremony.

Mauer was the point of contact between Infront and the FIL, who have a longstanding partnership, for over two decades.

The company has now transferred the FIL to Infront Austria, meaning Mauer is no longer working with luge's global governing body.

Mauer becomes the third recipient of the FIL medal of honour, following on from Werner Rabe, former sporting director of broadcaster Bayerischer Rundfunk, and Michael Winter from equipment supplier Uvex.

Infront and FIL agreed a four-year extension to their partnership agreement last year.