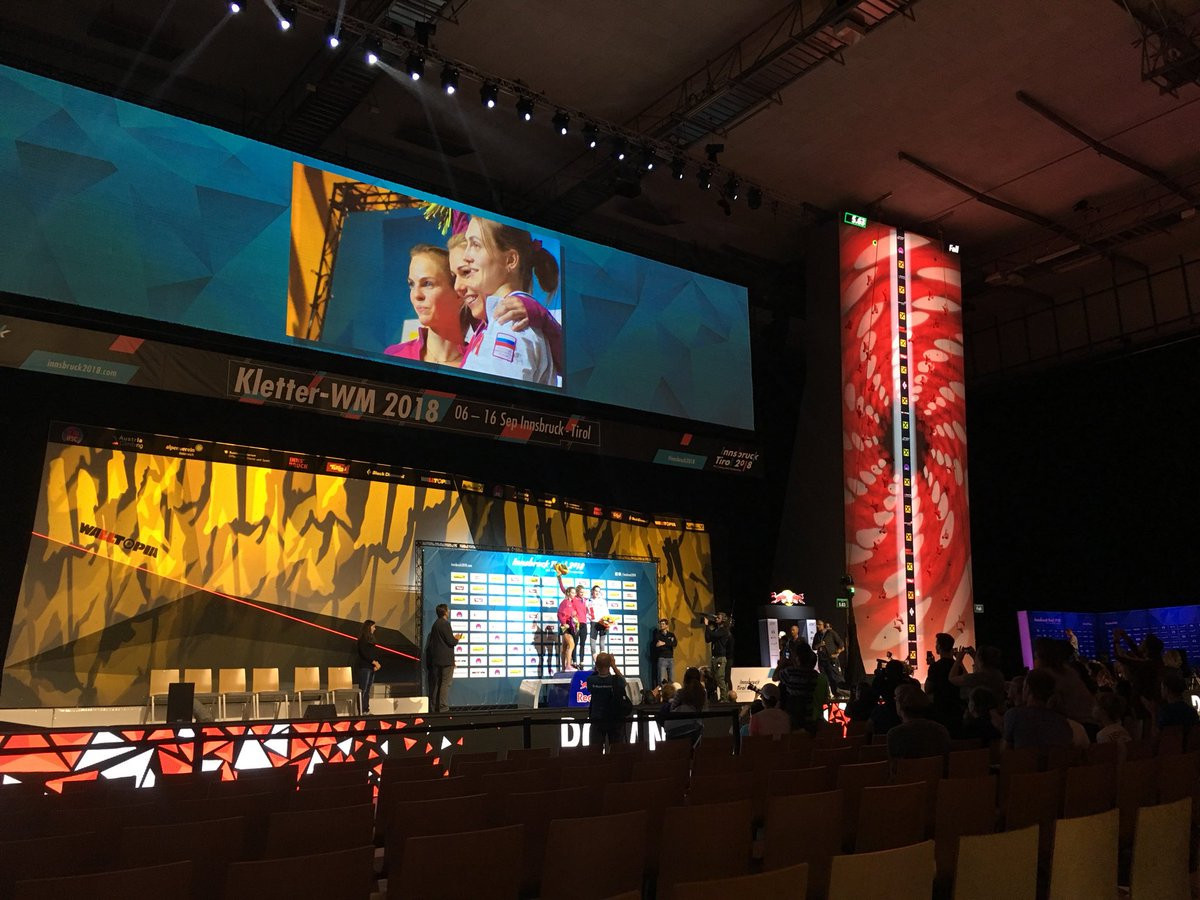 Rudzinska triumphed in her semi-final race in a time of 7.775 seconds, with fellow Polish climber Aleksandra Kalucka missing out on 11.971.

Anna Brozek completed an all-Polish final after her opponent Mariia Krasavina false started in their semi-final.

The world title was claimed by Rudzinska who won the final in 7.560, with Brozek finishing as the runner-up to her team-mate in 7.910.

A Polish clean sweep would not prove forthcoming in the Austrian city, as Kalucka false started in the bronze medal race to hand the final podium spot to Krasavina.

Iran’s Reza Alipourshena won the men’s title as he clocked a winning time of 5.630 in the final.

His rival Bassa Mawem of France fell during the race, forcing him to settle for the silver.

Bronze was claimed by Russia’s Stanislav Kokorin, who overcame the challenge of China’s Qi Xin Zhong in a time of 6.028.

2nd in 2012, 1st in 2016 and now 1st in 2018, visually impaired Paraclimbing athlete Koichiro Kobayashi of Japan continues to impress at the #IFSCwch! @Innsbruck2018 pic.twitter.com/cbt65PC7BL

Japan’s Koichiro Kobyashi and the United States’ Justin Salas emerged as the winners of themen’s B1 and B2 para-climbing competitions respectively.

Alessio Cornamusini of Italy triumphed in the men's RP1 category.

British success was achieved by Abigail Robinson and Hannah Baldwin, who secured women’s B2 and RP2 titles respectively.