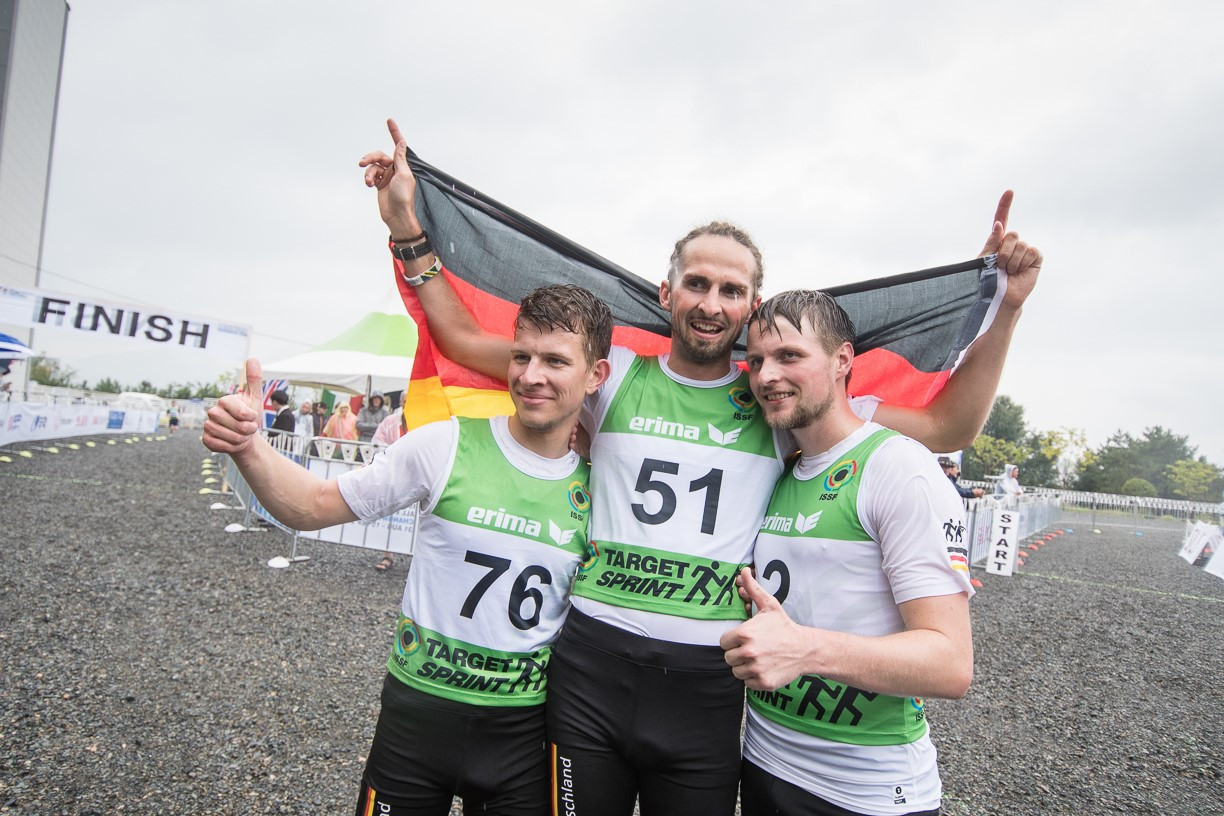 Germany maintained their dominance of the target sprint events at the International Shooting Sport Federation World Championships as athletes from the country claimed a hat-trick of gold medals in Changwon today.

German shooters swept all three team titles on offer in the target sprint discipline at the Changwon International Shooting Range.

Individual men's champion Michael Herr spearheaded Germany to another triumph in the South Korean city as he led a trio also featuring Paul Bottner and Felix Elsner to the team crown.

Herr, Bottner and Elsner finished in a time of 13min 56.18sec, beating the Italian team of Italy’s Giovanni Pezzi, Davide Ricco and Georg Unterpertinger by over six seconds.

The success continued for Germany when Madlen Guggenmoss, Jana Landwehr and Kerstin Veronika Schmidt eased to a commanding victory in the women's team event.

The three German shooters were streets ahead of the rest of the field and crossed the line in 15min 14.40sec, over two minutes ahead of nearest challengers Britain.

The British teams of Poppy Clark, Katie May Robbins and Emily May Shawyer and Victoria Bradbury, Charlotte  Huddart and Isabel Moore claimed silver and bronze respectively.

Sven Mueller and Kerstin Veronika Schmidt completed the hat-trick for Germany, leading home a one-two for the nation by clocking a time of 8:05.11.

Herr and Landwehr finished narrowly behind in second, while the bronze medal went to the British pair of Rachel McManus and Oliver Vass