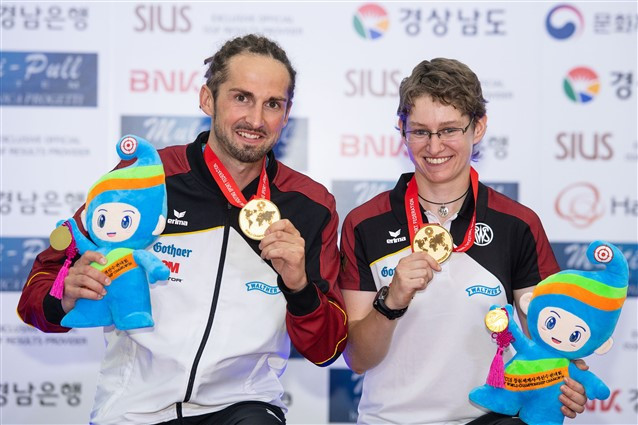 Schmidt's time of 4:45.98 was enough to beat defending champion and compatriot Jana Landwehr into silver.

As the event is not included in the Olympic programme, no Tokyo 2020 quota places were awarded.

She claimed junior gold in 5:12.39 by beating Great Britain's Emily May Shawyer into silver.

The Italian shooter was more than 12 seconds faster than the rest of the competitors.

Completing the six 200 metre laps and three shooting sessions in 4:22.78, Pezzi's closest rivals had to wait for a photo finish to decide the silver and bronze medals.

Germany's Felix Elsner was awarded the silver medal with a time of 4:35.21secs over Britain's Morten Jos Var Der Schee.

Schee was only 14 tenths of a second behind Elsner.