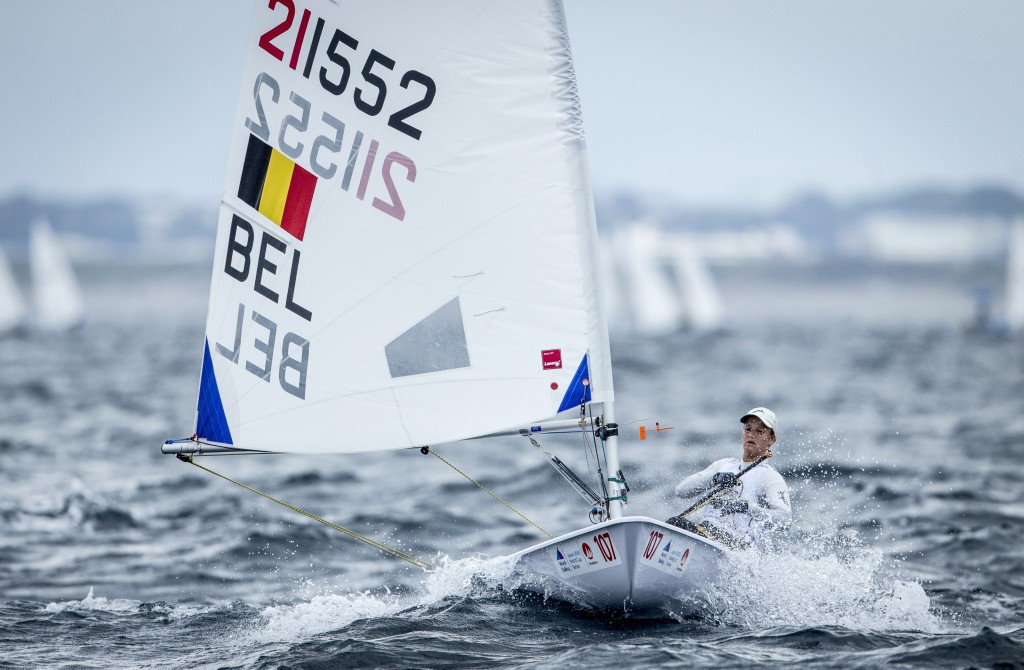 Enoshima welcomed 466 sailors from 44 nations to the Tokyo 2020 Olympic venue for day one of the Sailing World Cup today, where the world champions from last month in Aarhus, Denmark came to the fore.

The competition is being held on the waters that will feature at the Olympics in Japan's capital and is serving as a test event.

Kevin Peponnet and Jeremie Mion of France claimed World Championship gold at Aarhus and continued their success by picking up the first race win in the men’s 470 category in Enoshima.

They finished 10th in the second race to finish third overall at this early stage in the competition.

"We put a lot of energy into winning the World Championships," said Mion.

"Unlike Aarhus, the goal here is not directly to win it.

"We want to gain a lot of experience from the Olympic venue, but if we have a lot of good races at the front of the fleet, then we'll have good confidence for the next couple of years as we build for the Olympics."

The French pair have another eight races in the event before the medals are decided and so will have plenty of time to evaluate the Olympic venue.

Home advantage helped four Japanese teams to finish in the top six after day one.

Peponnet and Mion have 11 points in third ahead of another Japanese pairing, Tetsuya Isozaki and Akira Takayanagi, on 13 points.

Silver medallists from the 2016 Rio Olympic Games, Mat Belcher and Will Ryan of Australia, are currently on 18 points and in eighth place.

Rio 2016 bronze medallists from Greece, Panagiotis Mantis and Pavlos Kagialis, are in fifth.

The team with the lowest score after all ten races will take the victory.

In the women’s 470 class, Japan's gold medal winners in Aarhus had a poor start to the day.

Ai Kondo Yoshida and Miho Yoshioka finished 11th in race one but were able to turn it around to win the second race and sit fifth in the overall standings.

The top spot is currently shared by Italians Benedetta di Salle and Alessandra Dubbini and Dutch sailors Afrodite Kyranakou and Anneloes van Veen, who both have seven points.

They were undefeated in 2018, took gold at Aarhus and have won all three races on day one.

Their Italian team-mates, Vittorio Bissaro and Maelle Frascari, are second as Gemma Jones and Jason Saunders sit in third for New Zealand.

Italian Mattia Camboni had a great start to his campaign with two wins and a second place finish.

He currently sits in first but recognises there is a lot of racing still to do against some top contenders in the windsurfing category.

"All the best sailors from each national team are here," he said.

"From Italy, I am the only one here.

"Other nations didn't send a big team but they sent the best sailors.

"The level is high and equivalent to a gold fleet at a World Championships."

In the women’s RS:X event, the world champions continued to shine as reigning champion Lilian de Gues of The Netherlands leads the competition.

Emma Plasschaert followed her World Championship gold performance too, as she leads the laser radial field.