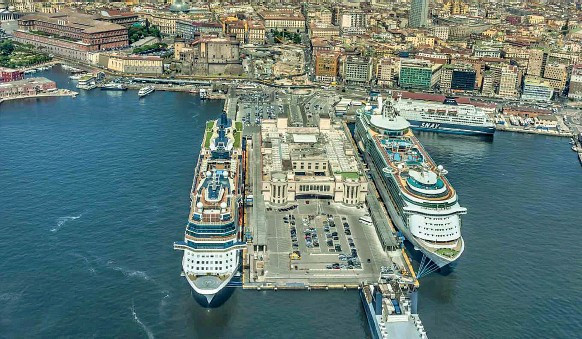 Organisers of the 2019 Summer Universiade in Naples have opened the tender process for a cruise ship which will be used to house athletes.

The vessel will be one of two docked in the Italian city for the purpose of homing competitors.

Deciding on the Athletes' Village was a long and drawn out process for the Organising Committee but an agreement was eventually struck in July.

This will see athletes housed using a combination of cruise ships, temporary housing and existing accommodation.

According to ANSA, the cruise ship tender calls for a boat to be anchored at the Port of Naples between June 28 and July 16.

The winning bidder is obliged to provide free wifi on board as well as surveillance and control of the internal and external areas of the ship.

Rooms and common areas must be kept clean and there needs to be food, drink and laundry services.

The ship will host 2,000 passengers, the same number as the MSC Lirica which has already been secured for the Universiade.

Accommodation has been a big issue for Naples 2019.

He said it made "no sense" to temporarily relocate students who were already living there.

Protests from student groups such as Link have reportedly taken place over the issue.

But organisers hit back with claims that consultation had taken place and only a limited number of students would be impacted.

Naples was officially confirmed as the host in May 2016 following a reopened bidding process after Brasilia withdrew in January 2015.

The Brazilian capital were unable to meet financial commitments.