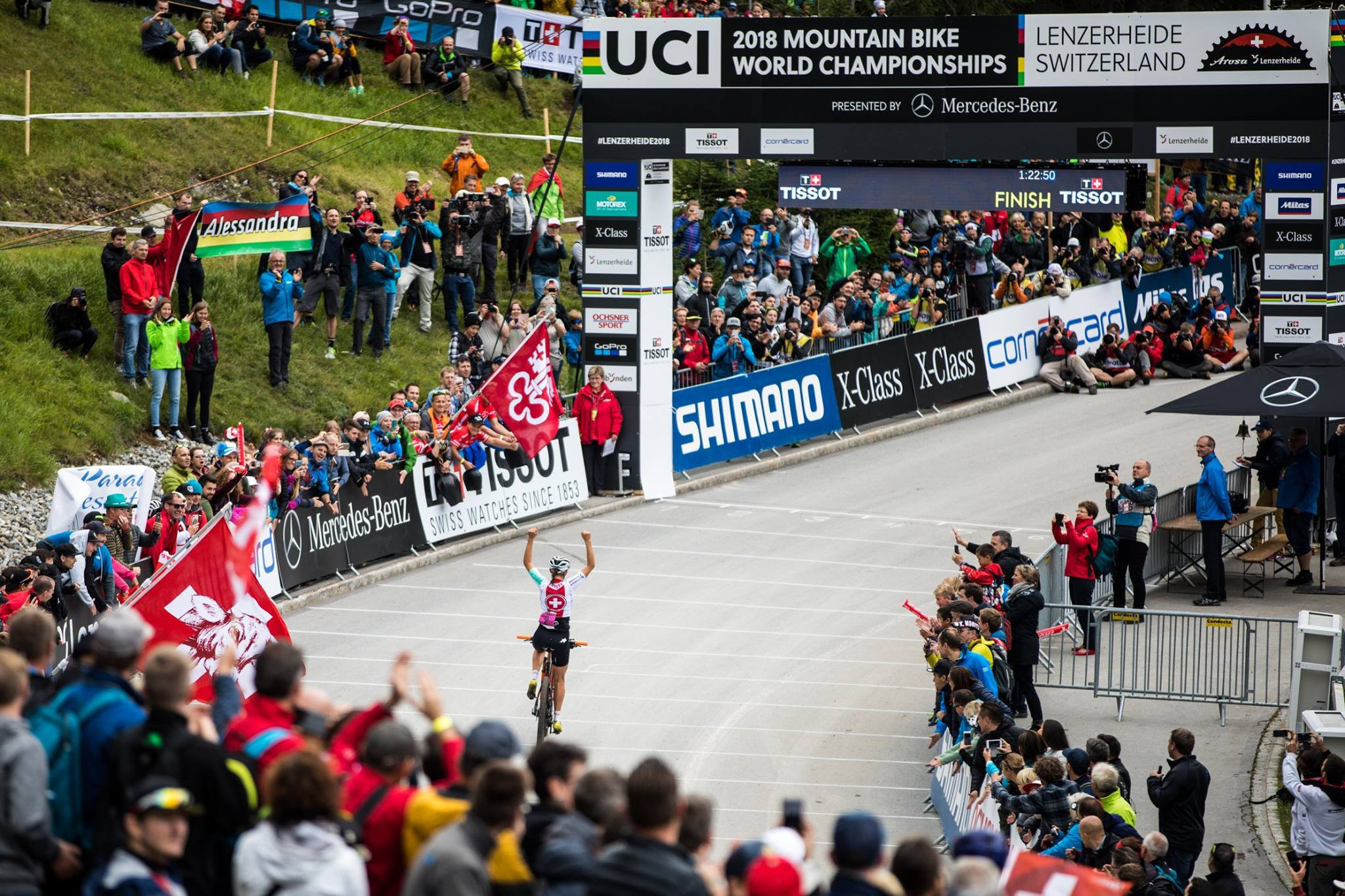 Alessandra Keller added to the home collection of gold medals at the International Cycling Union (UCI) Mountain Bike World Championships in Lenzerheide, Switzerland as she won the women’s cross-country Olympic (XCO) under-23 event.

South Africa took their first title of these Championships in the under-23 men's XCO through Alan Hatherly.

Switzerland were favoured for the women's race and they did not disappoint, with defending champion Sina Frei and her team mate Keller riding away from the rest of the field on the first lap.

The pair rode together until the third lap when Keller attacked, opening a 38 second gap by the end of the lap and extending it to 1min 22sec by the finish.

Frei rode the rest of the race in second, holding off a late effort by Marika Tovo of Italy to make it a 1-2 finish for the Swiss.

This is the third gold medal for the host nation in five events contested so far.

"There are no words," said Keller.

"The crowd was amazing, cheering for me - it was so loud.

“It's a big dream to win this title, I was unlucky last year with a crash, and I was sick at Europeans [Championships], so this is a dream come true."

The men's race saw a group of 10 form at the front on the first lap, including last year's silver medalist Hatherly, World Cup champion Petter Fagerhaug of Norway, Christopher Blevins of the United States and David Nordemann of The Netherlands.

Hatherly was the most aggressive, and by the third lap only Blevins was still with him.

The pair rode together for the remainder of the race, with Hatherly finally dropping his US rival in the last half lap to solo in for the win, 27 seconds clear, with Nordemann third.

"I had a taste of victory at Mont-Ste-Anne [World Cup] about a month ago," said Hatherly.

"And since then I've just been preparing.

"I knew the possibility of winning was quite good, so it was a matter of making sure the final preparations were perfect.

"It's pretty unbelievable; these aren't the sort of conditions we get in South Africa, and at altitude where I normally struggle."