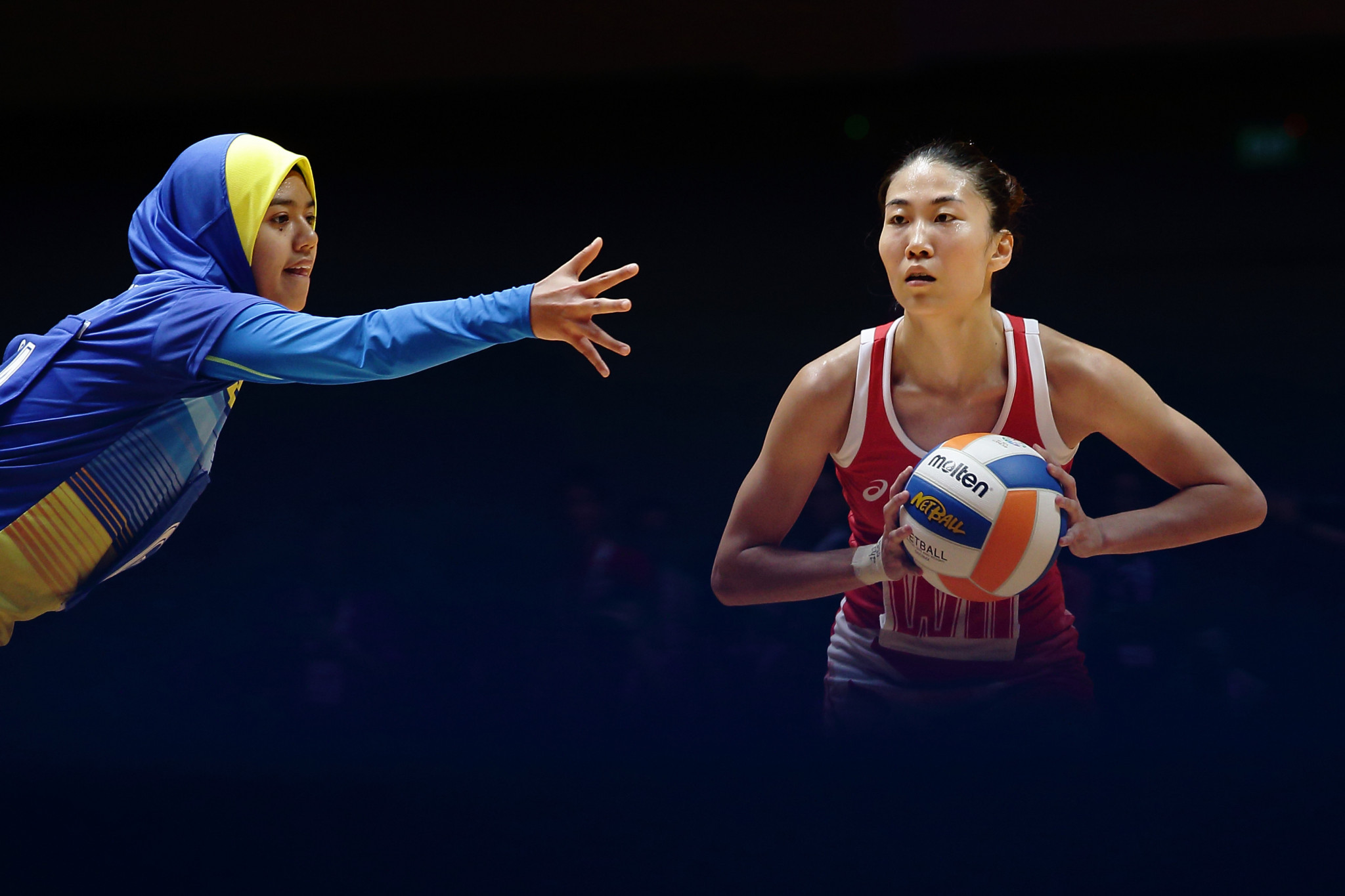 Malaysia suffered their second defeat in two days at the hands of hosts Singapore at the OCBC Arena, as the home side's fight for a qualification place at Netball World Cup Asia qualifier continued.

Singapore edged the contest on home soil, 56-55, in the top group of four battling for two World Cup places.

They led throughout the match on day six of the event, ending the first quarter 16-13.

Malaysia outscored the hosts in the second quarter to close the gap to 28-27.

Singapore then extended their lead in the third quarter to a four point advantage at 43-39.

Unbeaten Malaysia fought back in the final quarter with 16 goals to Singapore's 13.

Singapore took the last centre pass and controlled the game for the final few moments until the final whistle blew and they took the victory.

Malaysia now join Singapore as one of four teams in the tournament with two losses.

Hong Kong, who lost to Sri Lanka today in the top group, and Brunei, who picked up a win against India, have all suffered two defeats as well.

Sri Lanka look certain to qualify for 2019 Netball World Cup in Liverpool as they remain unbeaten.

The Sri Lankan team beat Hong Kong 71-48 today, outscoring them in every quarter.

Unbelievable turn around for the Philippines in the last moments of the fourth quarter! Truly incredible! 😲💥#NWC2019 #Asia #Philippines #Maldives #Qualifier pic.twitter.com/F9bXUua6FB

Brunei faced India and came back from a first half deficit to win 51-41.

India were 29-21 ahead by the end of the second quarter but a dominant third quarter from Brunei reversed the lead.

Thailand have only suffered one loss so far in the tournament, losing in their second match to Hong Kong.

They doubled Japan's score in every quarter except for the second.

Elsewhere, Pakistan picked up their first win of the tournament against Chinese Taipei, who are yet to win a game.

Pakistan opened the game 23-2 in the first quarter which Chinese Taipei were unable to match.

The Philippines took on the Maldives in a tightly fought game, with the former taking the lead only in the final quarter.

The Maldives won the first, second and third quarter and sat six points ahead going into the final quarter.

The Philippines then outscored the Maldives by 18 points to six to take the lead and the win.