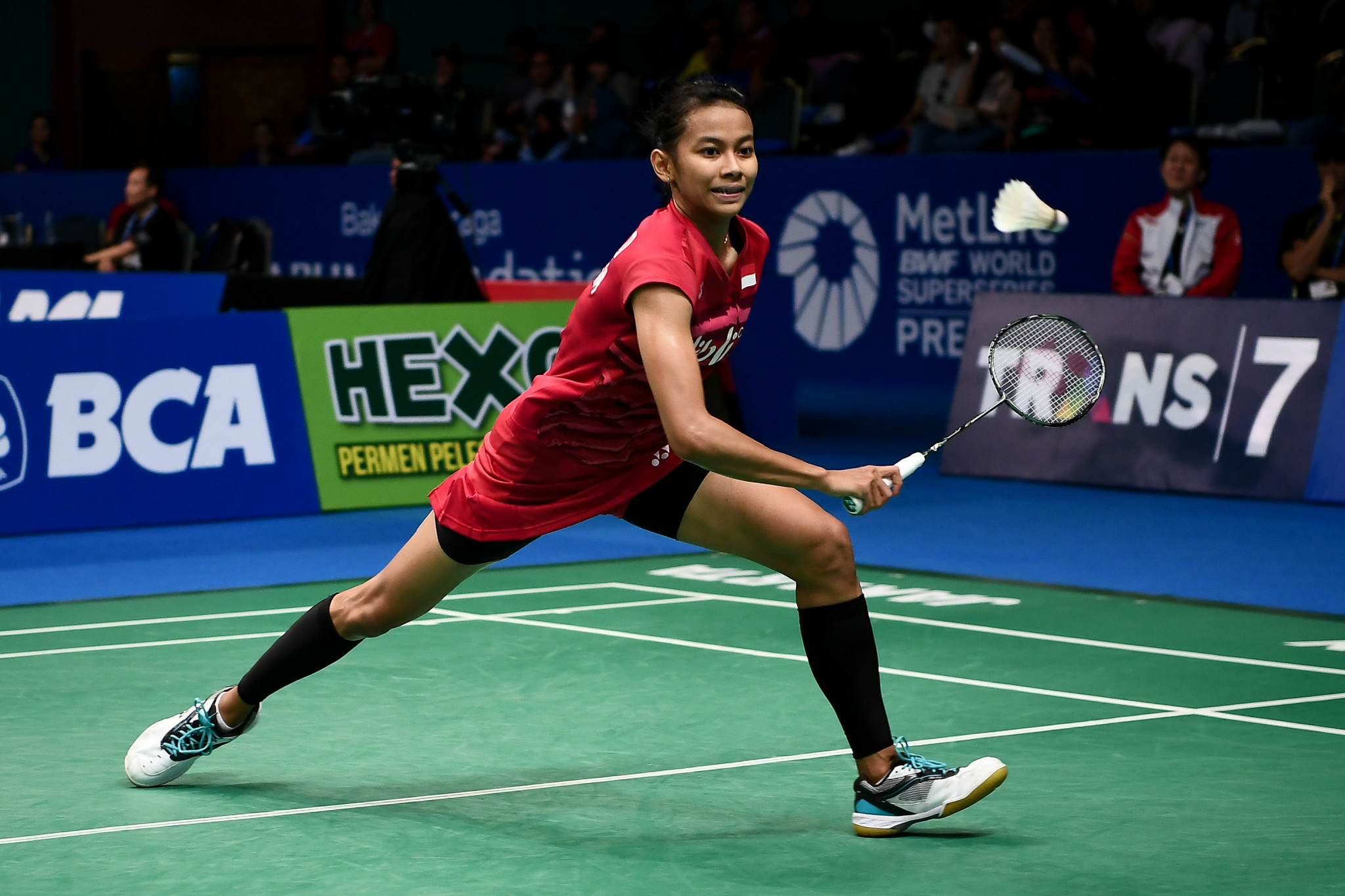 The Indonesian player was hoping to earn a quarter-final spot in the women’s singles competition at the Super 100 event.

She would fall to a straight games 21-13, 21-17 defeat to Singapore’s Yeo Jia Min at the GMC Balayogi Sata Indoor Stadium.

It was not the only upset in the women’s singles competition, as third seed Brittney Tam bowed out of the competition.

The Canadian struggled against Se Young An, with the South Korean emerging as a 21-5, 21-12 victor to reach the last eight.

Men’s top seed Sameer Verma had no difficulties in his match, as he comfortably progressed from an all-Indian match against Kevin Arokia Walter.

He was joined by his compatriot Sri Krishna Priya Kudaravlli, who emerged as a 21-15, 21-18 winner against Nuntakarn Aimsaard of Thailand.

Fifth seed Sourabh Verma ended up on the wrong side of another all-Indian clash.

The BWF event will continue tomorrow, with finals set to take place on Sunday (September 9).