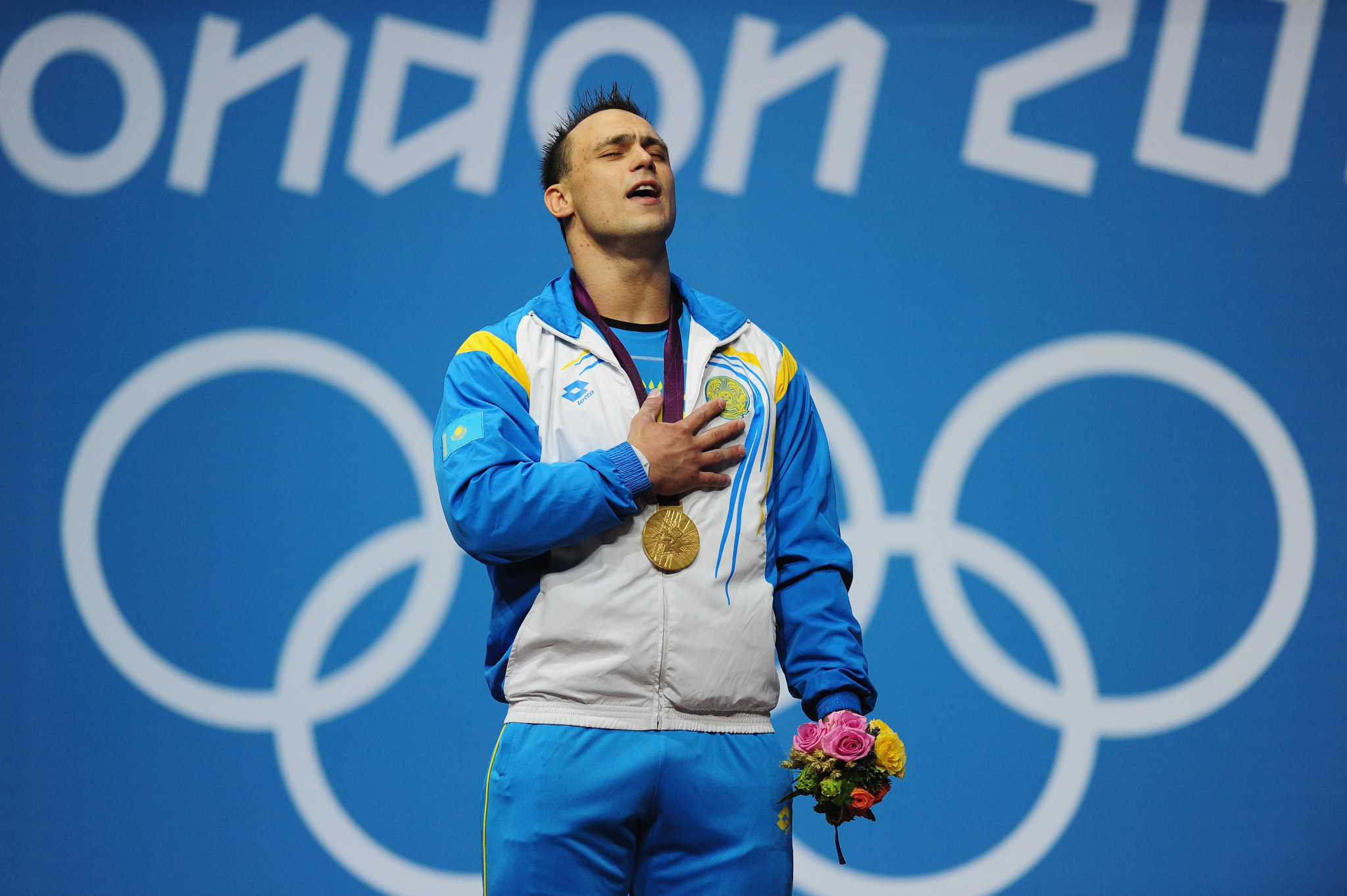 Two Kazakh weightlifters who were stripped of Olympic gold medals took the first step towards competing at Tokyo 2020 by posting wins at their National Championships, their first competitive action since they were both suspended for two years in June 2016.

Ilya Ilyin, arguably the most controversial figure in the sport, and Zulfiya Chinshanlo both earned a place in Kazakhstan's World Championships team by winning at the new weight categories of 102 kilograms and 55kg respectively.

The Kazakhstan National Championships in Taldykorgan were a domestic qualifier for the International Weightlifting Federation (IWF) World Championships in Ashgabat, Turkmenistan in November, the first event in the IWF's new qualifying programme for Tokyo 2020.

Both lifters have a long way to go yet to make the Olympic team as Kazakhstan is due to be limited to the minimum of two places under new IWF qualifying rules, one male and one female - although the Kazakh Weightlifting Federation (WFRK) is challenging the qualifying rules at the Court of Arbitration for Sport next month.

Ilyin and Chinshanlo were never expected to return with big numbers, and the object was simply to win and qualify for the World Championships, a point made by national coach Yury Melnikov.

"We did not need big weights now," said Melnikov, who praised the efforts of Ilyin, Chinshanlo and Nijat Rahimov, the reigning Olympic champion at 77kg.

"Everyone already knows what they are capable of.

"Ilyin raised a small total, but he is now at the stage when each time he adds and adds, and in Chinshanlo we have a potential Olympic champion with huge potential."

He told local media: "It felt great, I came back, I liked it very much.

"It was scary and I started with a small weight, but everything went according to plan so now we will prepare for the World Championships."

Ilyin, 30, was stripped of his 2008 and 2012 Olympic gold medals, both at 94kg, after coming up positive in the retesting of samples from Beijing and London.

He expected a longer ban but because he was informed of his 2012 violation first, he escaped on a technicality and was suspended for just two years.

That contrasts with another 30-year-old Kazakh lifter who was also one of the nation's 10 positives in the retests, the 2009 94kg world champion Vladimir Sedov.

During the competition in Taldykorgan the WFRK was informed that Sedov had been disqualified from fourth place in the Beijing 2008 85kg and suspended for eight years until 2024.

Chinshanlo, 25, did not train for the first year of her suspension and was less impressed with her efforts but says she will improve between now and November.

"I did not perform for two years, and that was hard - I was not very happy with my performance," she said.

"Now I have two months [before the World Championships] and I will work on the mistakes.

"Everything will be okay, I know for sure."

Both athletes benefited from a preparatory four-month training camp in Romania, with Rahimov.

"In Romania I was constantly lifting 115-120 [clean and jerk], but I do not know what happened today," said Chinshanlo.

“We spent four months at the training camp in Romania - I trained together with Nijat and Ilya, who always support me immensely.

"I want to thank them and I'll cheer for them - together we will support each other."

The biggest surprise was the defeat of Olympic 63kg bronze medallist Karina Goricheva, whose 97-111-208 effort in the new 64kg category was nowhere near good enough to match the 101-127-228 of Assem Sadykova.

Melnikov said he was not impressed.

Goricheva may yet make the World Championships team but one notable absentee will be the Rio 2016 69kg silver medallist Zhazira Zhapparkul, who is injured.