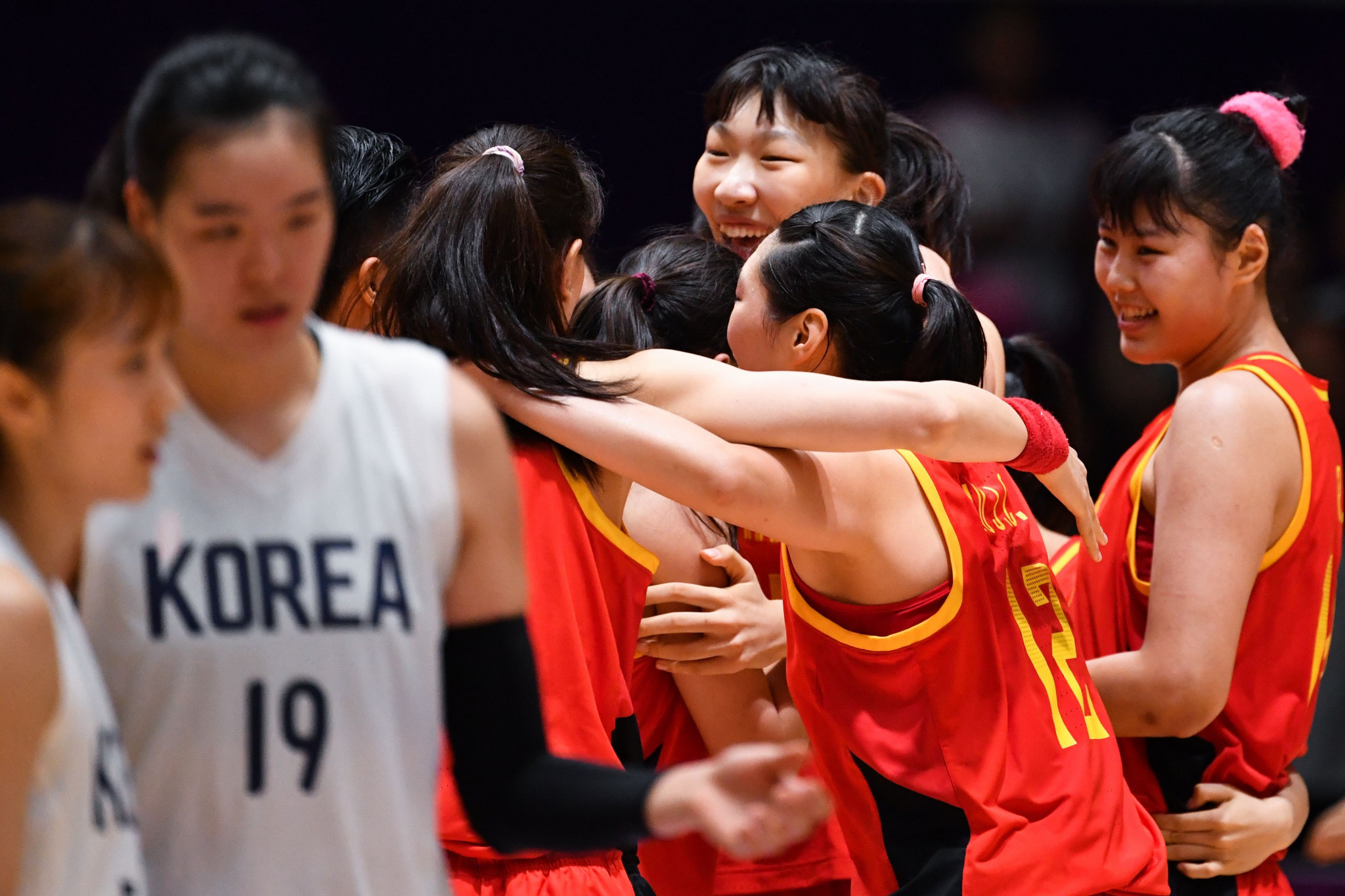 China denied unified Korea a dream ending by winning the women’s basketball 5x5 final here on day 14 of the 2018 Asian Games in Jakarta and Palembang.

It came in front of a large contingent of Chinese fans, including former National Basketball Association star Yao Ming who sat courtside behind the bench.

"His presence was a huge inspiration for all of us," China captain Shao Ting, who top-scored for the victors with 17 points, said.

"Before the game he told us to just go out there and enjoy the game.

"He told us not to worry about the gold medal and that the result would take care of itself if we enjoyed ourselves."

The silver medal is still considered a huge accomplishment for the unified Korea team, which only came together only a few weeks before the Games began.

It gave their delegation a fourth medal at the Games having also competed in rowing and dragon boat racing, a canoeing discipline where it won gold in the women’s 500 metres event.

"Before the game began, we had a 30 per cent chance of winning," unified Korea head coach Lee Moon0kyu said.

"A lot of people expected us to lose by a lot and I’m sure we surprised many.

"We tried our best but it was hard against a better drilled team."

Lee said he hoped the two Koreas would also unite for the Tokyo 2020 Olympic Games.

"And I hope we will be able to train together for a longer time if that were to happen.

"With more time together, we can only get better."

China began by scoring 10 unanswered points before the unified Korea team, playing under the symbol of "COR", calmed their nerves.

The underdogs came back strongly and by the end of the first quarter had reduced the deficit to one point, trailing 22-23.

With captain Lim Yunghui leading the way with a game-high 24 points, unified Korea fought bravely and at half-time the scores were tied at 38-38.

But China began the last quarter with a five-point lead, 58-53, and closed out the game comfortably to the delight of Yao and the fans.

Despite having three North Korean players in his ranks, Lee chose to play only Ro Suk Yong who had done her fair share in the march to the finals.

Kim Hye Yon and Jang Mi Gyong were not called upon

The women’s bronze medal was won by Japan, who beat Chinese Taipei 76-63 earlier in the day.

China went onto make it a basketball 5x5 double success by defeating Iran 82-74 in the men's final.

Iran led 45-41 going into the third quarter, but it was there that China took control of the match to take a 59-56 advantage through to the last stanza.

Zhou Qi and Ding Yanyuhang combined for a flurry of three-pointers to put China 71-61 ahead and their double-digit lead was maintained through to the end of the contest.

China's record-extending eighth triumph comes four years after they failed to make it past the second group stage at Incheon 2014, losing to Iran en route to suffering elimination and ultimately finishing in fifth place.

"It's a tough battle," Zhou was reported as saying by Xinhua.

"We tried everything to drag down [Hamed] Ehdadi, and we made it.

"Nobody thought we were going to win.

"This time we saw ourselves as challengers for the title."

China coach Li Nan added: "This is a young team, this precious Asian Games title is helping us to build up our confidence.

"We will learn from our predecessors, to be more aggressive on the court."