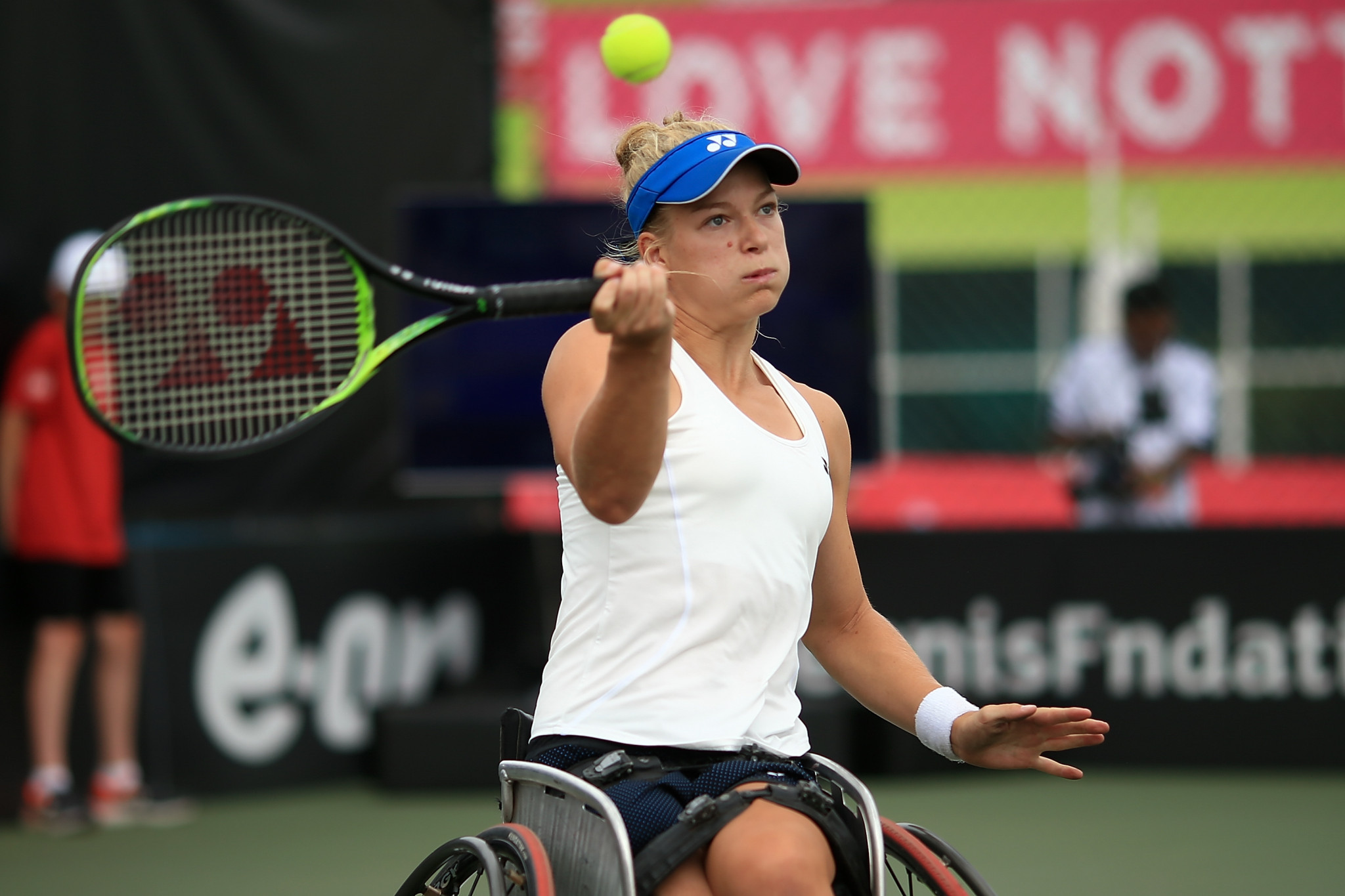 Top seed Diede de Groot eased into the quarter-finals of the US Open Wheelchair Championships in St Louis.

The Dutch player was awarded a bye through the opening round of the competition, part of the sport's Super Series, at the Dwight Davis Tennis Center.

She began her campaign against the United States’ Emmy Kaiser in the second round.

De Groot lost just two games against the American, as she sealed a 6-2, 6-0 victory in the contest.

Her compatriots Marjolein Buis and Aniek van Koot also progressed through to the last eight.

Buis claimed a 6-1, 6-3 victory in her match against Mackenzie Soldan of the US.

A hat-trick of Dutch wins was completed by Van Koot, who was a 6-1, 6-4 winner against Momoko Ohtani.

Four Japanese players bowed out of the competition, with only Yui Kamiji their sole representative progressing.

The second seed was a 6-1, 6-3 victor against Brazil’s Natalia Mayara.

The last Super Series event of the season continues tomorrow.

It is a warm-up tournament for the US Open, the final Grand Slam competition of the year.