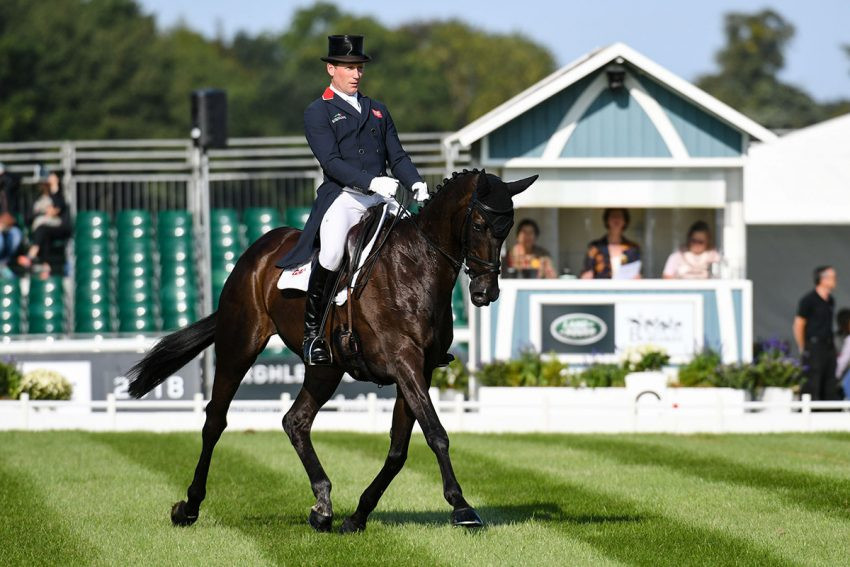 Defending champion Oliver Townend produced the highest score in the first round of the dressage event on the opening day of the Burghley Horse Trials.

Great Britain’s Townend, punished for his use of the whip during the Badminton Horse Trials in May, set the early standard on MHS King Joules with a score of 27.2, which was not bettered.

“I’m happy enough with that," Townend, who was not included on Britain's team for the World Equestrian Games in the United States next month, said.

”It’s always tough being first out but with three horses competing it’s to be expected.

“I’ve got no complaints – his test was pretty much mistake free and I was happy with his behaviour and how he stayed with me.”

The British contingent had a great day with seven finishers in the top ten and all five of the top spots.

Sarah Bullimore challenged for the lead with her performance on Reve du Rouet but finished just shy of Townend’s mark with 27.3.

His performance on NZB Campino scored 30.8 but Todd blamed himself for mistakes.

“I made two errors of course, forgetting one of the 20m circles and then halting in the wrong place which is pretty unforgiveable," he said.

“It’s annoying to say the least.”

“But Burghley is not about being in the lead on day one.

“He’s an out and out galloper and jumper so I’m hoping he’ll be in the mix on Sunday.”

The Burghley Horse Trials will continue throughout the weekend, with day two of the dressage, cross country event and finally the show jumping on Sunday (September 2).