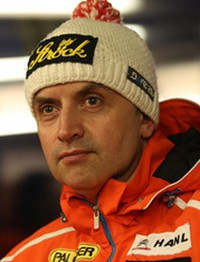 René Friedl has been promoted to sporting director at the Austrian Luge Federation (ÖRV) following the election of Markus Prock as President of the governing body.

Friedl, the European champion in 1992, previously served as head coach but will now assume Prock's responsibilities.

He worked with the likes of Andreas and Wolfgang Linger, who won the Olympic doubles title at Turin 2006 and at Vancouver 2010.

Prock was elected ÖRV President to replace Michael Bielowski, who had served the maximum amount of terms, in June of this year.

It came after the country enjoyed their most successful Winter Olympic Games in the sport since Albertville 1992 in Pyeongchang in February.

Austria claimed gold in the men's singles thanks to David Gleirscher, while the doubles duo of Peter Penz and Georg Fischler earned silver.

The national also clinched bronze in the team relay.

Prock, a three-time Olympic medallist and five-time world champion, will serve as President through to at least 2022.

"I am very proud to be able to take over the highest office in the second most successful association in Austria," he said back in June.

"We are in a very good athletic position, have gained a lot of sympathy through our services in Pyeongchang, but also through our team spirit and great performances on the natural track, and we want to stay in the limelight.

"We have a lot of work and a lot of challenges waiting for us, because we must not stagnate - we want to take the next steps."