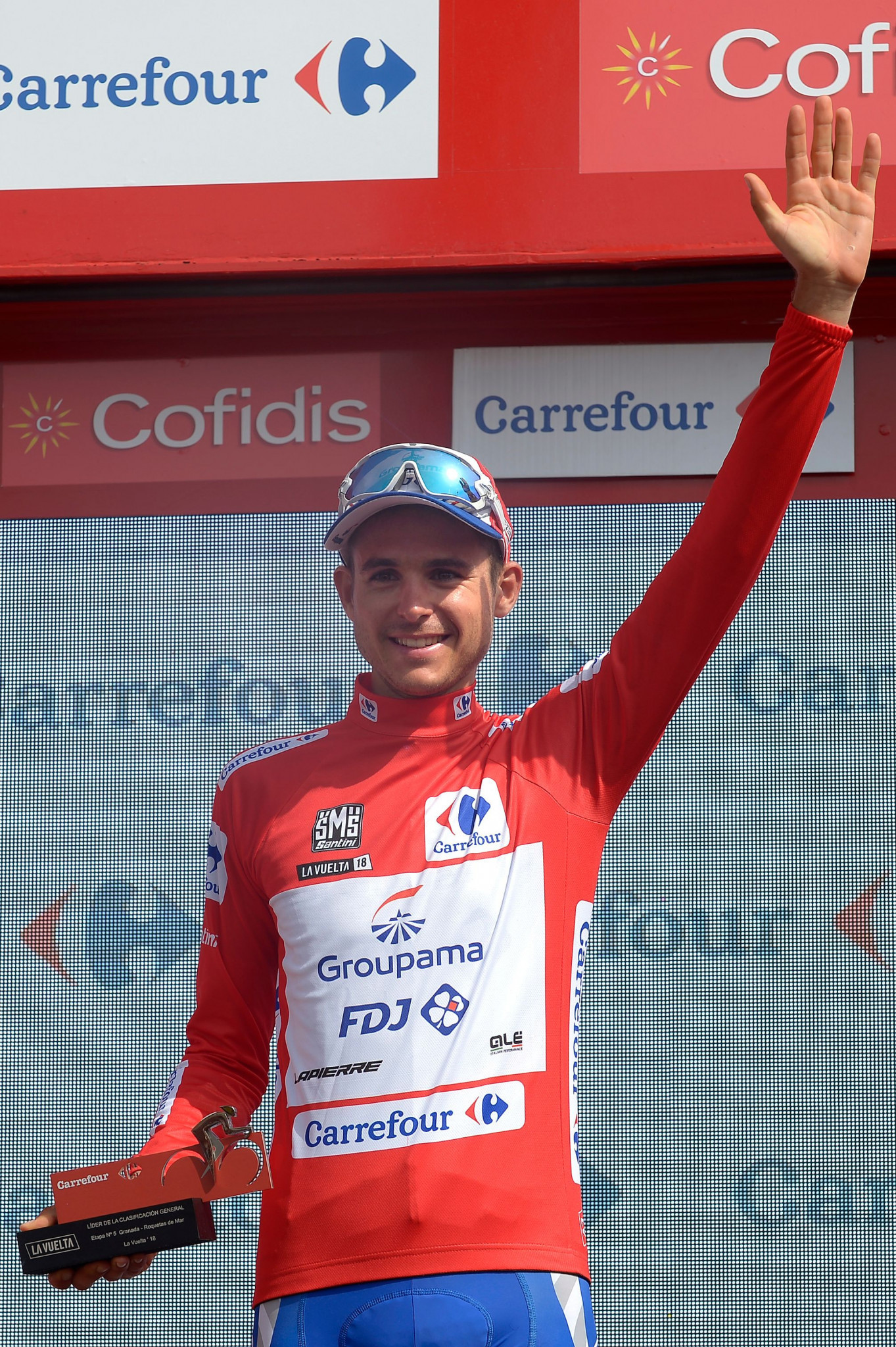 Rudy Molard has topped the general classification at the Vuelta a España after Simon Clarke won stage five.

The race to Roquetas de Mar was controlled by Team Sky for the first 60km as the peloton remained together, but then 25 riders broke away from the group.

Twice a stage winner of the race, De Marchi broke away from the leading pack only to be later caught by Clarke and Mollema on the descent.

A sprint finish saw Australian Clarke, riding for EF Education, claim victory six years after his first stage win at the Grand Tour in the 2012 race.

"It's taken me so long to get back there and have my stars aligned," he said after winning in 4 hours 36min 7sec.

"Today I wasn't sure it was possible.

"I knew I had good legs but when you have a breakaway with so many riders the cooperation is never very good.

"And as you saw the winning move went on the descent.

"So, it was a tricky one to pick, but I knew I had good legs and I just had to pray that the moves I was making were the right ones.

"I know that De Marchi is fast but it was such a long stage and it's so hard to sprint after that.

"Even I was cramping.

"Mollema attacked and I just rode through it and backed myself."

Mollema of The Netherlands and Trek-Segafredo and De Marchi of Italy and BMC were both given the same time in second and third respectively.

Frenchman Molard of Groupama–FDJ rode hard to secure the red jersey which he took from Team Sky’s Michal Kwiatkowski.

Sky led the peloton over the line 4min 55secs down which confirmed Molard's top spot in the general classification as he finished sixth.

He now leads Poland's Kwiatkowski by 1:01.

Despite taking the wrong road and being chased by her national team-mate, Anna van der Breggen, Van Vleuten used her 40 second advantage to secure the race win.

"Luckily I was able to win the ride and increase my lead in the standings," she said.

"In my opinion, the round is still far from decided.

"The other teams will continue to attack me."