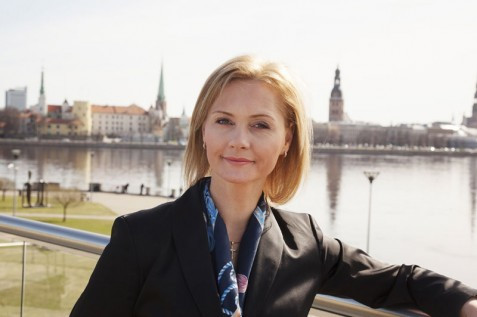 International Biathlon Union (IBU) Presidential candidate Baiba Broka has accused Swedish challenger Olle Dahlin of personal attacks and dirty tactics as she dismissed rumours of any undue influence from Russia in her campaign.

Broka told insidethegames that Dahlin had resorted to "ad hominem attacks" because he has "not come up with any real tangible policy proposals shared among Member Federations for the future of the IBU".

The Latvian politician's comments came in response to Dahlin telling insidethegames that he was aware of suggestions of heavy Russian lobbying in her bid for the top job at the embattled organisation.

It followed claims Russia is leading Broka's campaign because she would have a more sympathetic stance regarding the ongoing corruption investigation into former IBU head Anders Besseberg than Dahlin.

Broka has denied the claims, insisting she has no knowledge of any Russian interference as the race for the IBU Presidency intensified prior to the vote at the governing body's Congress in Poreč on September 7.

"Spreading rumours or facts which cannot be verified or proved, or one sided interpretations, is not the style which I consider to be appropriate during the campaign," Broka said.

"I have no information that Russia is lobbying me."

In an interview with Latvian news agency LETA, Broka said: "It's regrettable that such an experienced, respectable and intelligent gentleman as Dalin has chosen, in my opinion, low-lying and dirty methods in the struggle for the Presidency of IBU."

Broka also insisted she was as qualified as Dahlin, the current IBU vice-president for development and a member of the Executive Board, to become only the second President of the worldwide governing body.

"I consider our experience within IBU equal," Broka said.

"I am a member of the IBU Legal Committee for the last four years, same as Mr Dahlin in the Executive Board.

"For a person to lead not only years matter but also attitude, professional experience, personal qualities and values that form the way how different leaders choose to lead an organisation and to lead people.

"There is no doubt that for change to take place there has to be a modern approach that reflects the values of the current generation."

Broka and Dahlin are vying to replace Besseberg, who stepped down after 25 years at the helm earlier this year amid the corruption scandal at the organisation.

Broka, a former Latvian Minister of Justice who departed the role in controversial circumstances after being denied national security clearance by the Constitution Protection Bureau, insisted she would repair the damage done by the scandal if she is elected President.

"The reputation of the IBU suffered a lot after the investigation process regarding possible corruption and doping issues against Mr Besseberg and Nicole Resch started," the 42-year-old added.

"Even before, after the Sochi Olympic Games and McLaren Report, there were letters and requests from athletes demanding immediate actions from IBU management side: to provide information, explanations, to change rules and provide stricter penalties.

"Based on my experience in working in other international and professional organisations, I consider that there should be a very transparent and clear structure how to deal with possible violations and information about possible violations either related to doping, or corruption, or against fair game principles."

"I am focused on my campaign and meeting with as many National Federations as possible to get their feedback and show the IBU family why I believe I am the right person to lead biathlon into a new era."