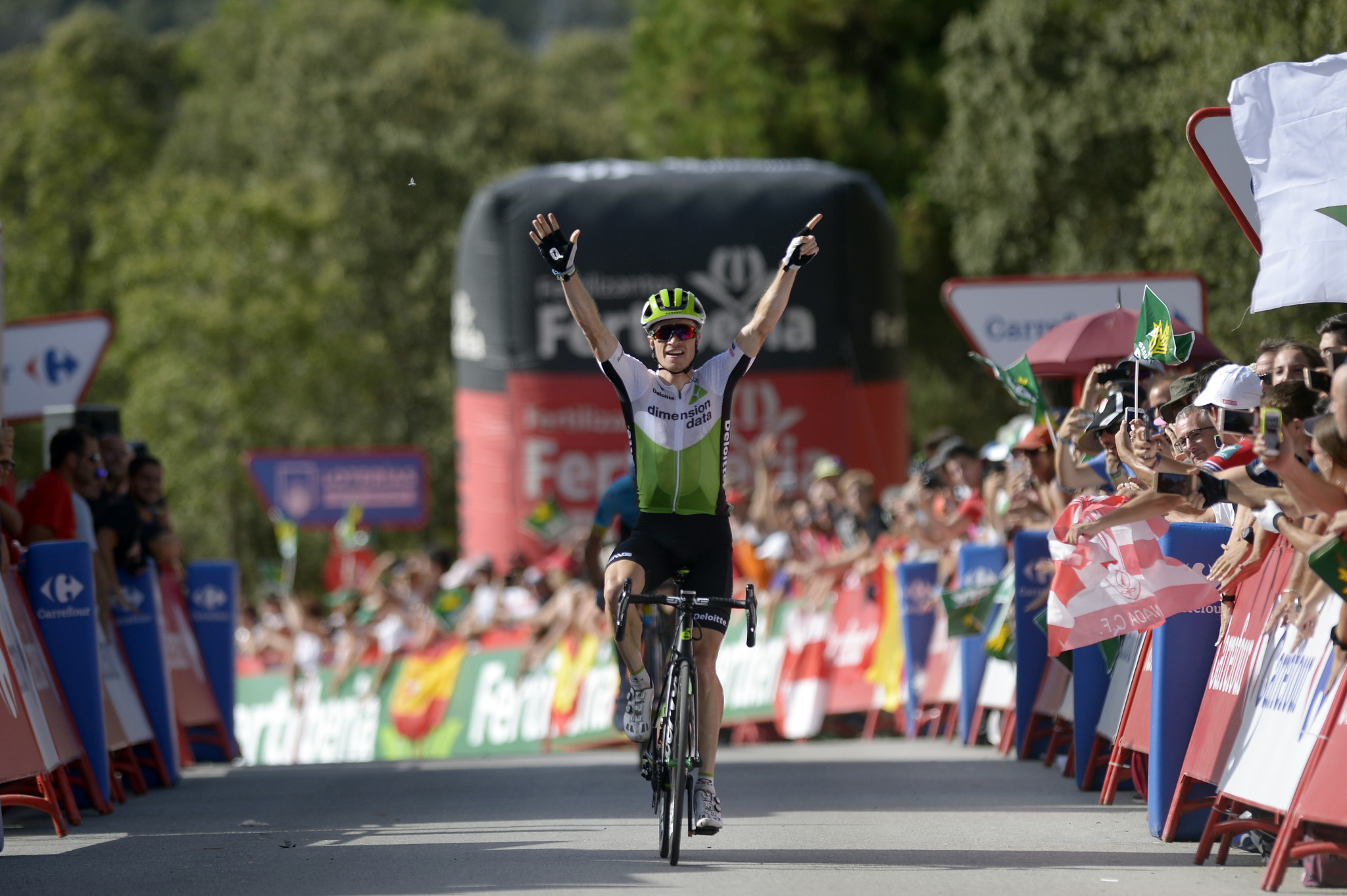 Ben King secured victory from a breakaway on the first mountain stage of the Vuelta a España in Alfacar, while Poland’s Michal Kwiatkowski retained his overall race lead.

King would feature on the front of the 162 kilometre fourth stage of the Spanish Grand Tour from Vélez-Málaga.

The American was joined by eight breakaway compatriots, including France’s Pierre Rolland and Kazakhstan’s Nikita Stalnov.

The group would continue to grow their lead over the peloton throughout the series of climbs on the stage, with their advantage rising over 10 minutes as the stage entered the final 40 kilometres.

The gap lowered as the riders reached the Puerto de Alfacar, the final climb of the day at 13km to go.

King, Stalnov and Rolland would ultimately pull clear of the remaining breakaway riders to contest the finish.

Victory would go to Dimension Data’s King, who would cross the line as the stage winner in 4 hours, 33min and 12sec.

Stalnov finished as the runner-up at two seconds down, while Rolland would eventually finish 13 seconds adrift of the winner.

Kwiatkowski remains in the overall race lead, but the Team Sky rider now lies just seven seconds ahead of Emanuel Buchmann, after the German attacked in the closing stages to gain 27 seconds on the Polish rider.

Britain’s Simon Yates would finish with Buchmann and lies third overall at 10 seconds behind the race leader.

The International Cycling Union WorldTour race will continue tomorrow with a 188km stage from Granada to Roquetas de Mar.

The Boels Ladies Tour, a UCI Women’s WorldTour event, began today with a prologue deciding the first leader of the race.

She was able to complete the short 3.3 kilometre course in 4:22.

Van Vleuten will hold a seven second lead over her nearest rival Anna van der Breggen going into tomorrow’s stage, with an all-Dutch top three completed by Ellen van Dijk at a further second back.